Udit Raj had accused President Murmu of allegedly doing 'chamchagiri' while making controversial remarks about her on Wednesday. 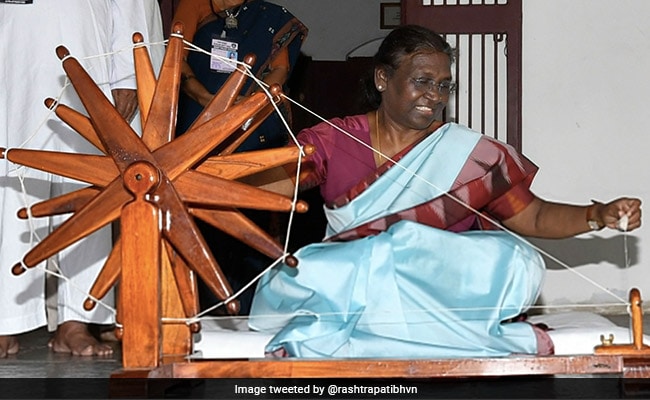 Udit Raj had accused President Murmu of allegedly doing 'chamchagiri' while making controversial remarks about her on Wednesday.

"No country should get a President like Droupadi Murmu ji. Chamchagiri also has its limits. She says 70 per cent of the people eat Gujarat's salt. She will get to know once she starts living by consuming salt only," Udit Raj said in his tweet in Hindi.

Reacting to this, Mr Poonawalla termed it 'another steep low remark of Congress' by stating that he has used unacceptable language for the first woman Adivasi President and asked if the party (Congress) endorses such an "insult of Adivasi samaj".

Does the Congress endorse this insult of Adviasi samaj pic.twitter.com/W0owoqxYHu

Udit Raj's remarks came days after President Murmu noted in a civic reception hosted by the Government of Gujarat in her honour in Gandhinagar on Monday that the state produces 76 per cent of the country's salt and on a lighter note said that "the salt produced in Gujarat is consumed by all Indians" (yah kaha jaa sakta hai ki sabhi deshwasi Gujarat kaa namak khate hain).

Congress leader Ajoy Kumar on July 13 alleged that Droupadi Murmu represented a "very evil philosophy of India" and said that she should not be made a "symbol of Adivasi."

However, his remarks on the President of India (then-nominee for the country's topmost position) drew a sharp reaction from the BJP, as a result of which, hours later Ajoy Kumar clarified that he has an issue with NDA's views and that is what he commented on.

He also said that President Murmu is a good woman.

In the same month, Congress leader Adhir Ranjan Chowdhury sparked a controversy by calling the president as "Rashtrapatni" which invited severe criticism and regular adjournments in the Lok Sabha sessions.

BJP MPs including Finance Minister Nirmala Sitharaman and Women and Child Development Minister Smriti Irani sought an "apology" from the Congress leader and the party for his alleged "sexist' remarks on the President.

After facing a huge backlash and criticism, however, Mr Chowdhury tendered an apology to President Murmu.