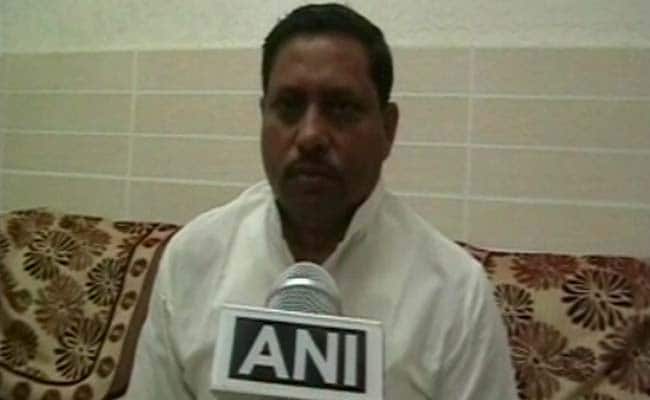 Party general secretary Digvijaya Singh called Mr Modi as "Indian pied piper" who "takes credit of all the things which he hasn't done".

Modi is a great Communicator, with excellent Marketing Skills but Master of Double Speak. An Indian Pied Piper ?

Modi in India and throughout his Campaign said Congress has done nothing in 60 years but takes Credit of all the thing which he hasn't done!

"First Minster HRD and now MOS HRD has given Fraud Mark Sheet! On top of it RSS wants to change the Text Books and Indian History (sic)," Mr Singh said on Twitter.

Mr Katheria, the Junior Education Minister in Prime Minister Narendra Modi's government, faces charges of forging two university marksheets to land a teaching job at Agra University. The minister has, however, strongly denied the charge against him terming it a political conspiracy.

Digvijaya Singh also slammed the BJP for "taking support of MIM" in Maharashtra and claimed the saffron party will benefit if MIM contests elections in Delhi. He said that "religious fundamentalists of majority and minority" are two faces of the same coin.

Two MLAs of Majlis-e-Ittehadul Muslimeen (MIM) had abstained from voting against the Devendra Fadnavis government of BJP in Maharashtra.

BJP gets support of MIM in Maharashtra and now MIM would be contesting in Delhi. Who would gain if MIM fights in Delhi ? Obviously BJP !

Aren't Religious Fundamentalists of Majority and Minority two faces of the same Coin ?

He added "Bhakra Nangal other Dams Power Projects Navratna PSUs IITs IIMs are products of his Vision. Through Land Reforms he gave Land to the Tiller."