The plane carrying a total of five people, including a patient and a doctor, had belly-landed under full emergency protocols at the Mumbai airport Thursday night without any fatal casualties. 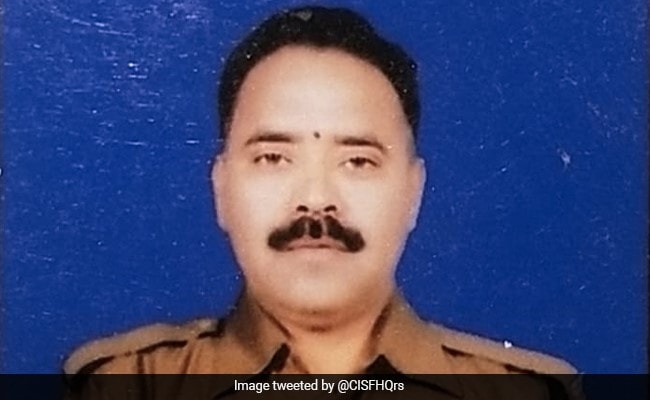 A CISF jawan who spotted the falling rear landing gear of an air ambulance after it took off from Nagpur airport has been decorated with a cash reward and a commendation of the force chief, the civil aviation security force said on Friday.

The plane carrying a total of five people, including a patient and a doctor, had belly-landed under full emergency protocols at the Mumbai airport Thursday night without any fatal casualties.

The air ambulance--a chartered flight with registration VT-JIL--had taken off from Bagdogra for Mumbai, but had a stopover at Nagpur for re-fuelling, it said.

The Central Industrial Security Force (CISF) said in a statement that its head constable Ravi Kant Avala deployed at a watch tower near the runway of the Nagpur airport noticed around 5:50 pm that the "rear wheel of the aircraft fell off in the air".

"The jawan immediately informed the matter over telephone to the Nagpur SOCC (security operational control centre) which in turn reported the matter to the air traffic control (ATC).

"The Nagpur ATC quickly informed the pilot of the aircraft and arrangements were made at Mumbai airport for safe landing," the force said.

The plane had landed on a foamed runway at the Mumbai airport at about 9:09 pm Thursday and rescue authorities evacuated those onboard.

"Had head constable Avala not shown alertness, a major tragedy could have occurred during the landing of the aircraft. The keen observation and mindful action taken by the CISF personnel averted a major accident and saved the lives of the pilots and passengers," the statement said.

CISF Director General SK Jaiswal has announced a cash reward of Rs 10,000, the top force honour of a DG commendation disc and certificate for Mr Avala, it added.

The CISF is a central armed police force that is designated as the national civil aviation security force guarding 64 air terminals of the country at present.