Cabinet Approves Bill To Include Kashmiri, Dogri, Hindi As Official Languages In J&K

Announcing the decision at a news briefing, Union Minister Prakash Javadekar said the Jammu and Kashmir Official Languages Bill, 2020, will be introduced in the upcoming Monsoon Session of Parliament. 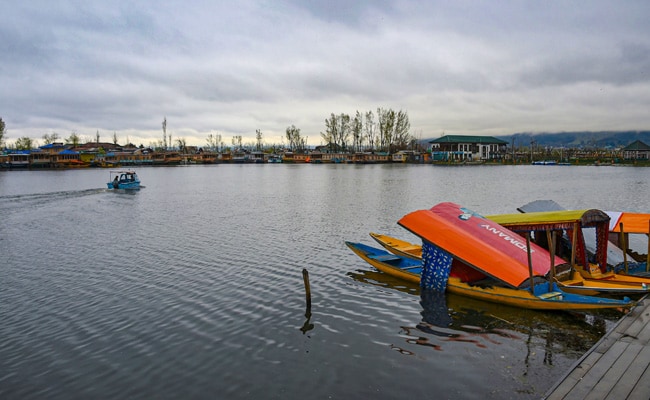 The Union Cabinet on Wednesday approved a bill under which Kashmiri, Dogri and Hindi, apart from the existing Urdu and English, will be the official languages in the union territory of Jammu and Kashmir.

Announcing the decision at a news briefing, Union Minister Prakash Javadekar said the Jammu and Kashmir Official Languages Bill, 2020, will be introduced in the upcoming Monsoon Session of Parliament.

The Bill received the Cabinet nod Wednesday at a meeting presided by Prime Minister Narendra Modi.

Mr Javadekar did not divulge further details, saying the bill will be debated in Parliament soon.

Union Minister and Udhampur MP Jitendra Singh said the government has accepted the long-pending demand of the region for the inclusion of Dogri, Hindi and Kashmiri as official languages in J-K.

"It is not only a fulfilment of a long-pending public demand of the region but also in keeping with the spirit of equality which was ushered in after August 5 last year (when provisions of Article 370 were repealed)," he said.

He said the Cabinet approval to the bill will end the grievances of discrimination on the basis of language.

It was an anomaly that the three languages -- Dogri, Hindi and Kashmiri -- which are spoken by nearly 70 per cent of the population of Jammu and Kashmir were not approved for use in official business, he said.

"The Cabinet decision today will not only bring ease of governance, but also ease of citizen participation in governance in the newly created Union Territory of Jammu and Kashmir," the Minister of State for Personnel said.

He said it will remove the feeling of alienation among different communities and address the grievances of discrimination on the basis of language.

National Conference's Jammu Provincial president Devender Singh Rana expressed happiness over the inclusion of the Dogri, but said all regional languages must be duly recognised and respected.

"I am very happy that my mother tongue Dogri is being included as an official language along with English, Urdu, Kashmiri and Hindi in Jammu and Kashmir. Dogri reflects the Dogra culture and heritage and so it should be put at a premium pedestal along with other languages of JK," Rana told PTI.

"All spoken languages in JK including Gojri, Pahari, Sheena, Bhaderwahi, Galhyani, Balti, Bodhi, Punjabi and others must be respected and duly recognised to showcase and preserve the multicultural and multi-linguistic ethos of JK," he said.

Jammu and Kashmir Pradesh Congress Committee Chief spokesperson Ravinder Sharma said, "While it is good that regional sentiments have been taken care of, the multiplicity of languages may have its own problems.

"There are other languages spoken by a large population in Jammu and Kashmir like Gojri, Pahari, Punjabi and Sheena and few others," he said, demanding equal respect to all spoken languages in the union territory.