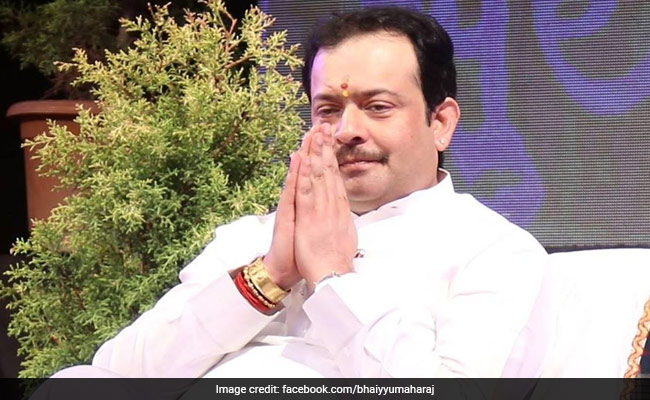 Bhaiyyuji Maharaj, a popular spiritual leader, allegedly shot himself. A suicide note was found near him.

Indore: Spiritual leader Bhaiyyu Maharaj, who shot himself on Tuesday at his home in Indore, Madhya Pradesh, was "depressed", the police said, referring to his suicide note.

The 50-year-old, who had top politicians and celebrities among his followers, wrote in the note that he was "stressed out", according to the police.

"Somebody should be there to handle duties of family. I am leaving to much stressed out, fed up (sic)," Bhaiyyu Maharaj wrote in the two-line note found by the police.

Another part of the alleged suicide note went viral on the social media today. It said: "My all powers of finance, properties, bank accounts, all powers of signing authorities will be Vinayak, because I'm having trust in Vinayak. I'm writing this thing without pressure."

The police said the guru appeared to be referring to one of his most trusted aides, with him for the last 15 years.

Popular to his followers as "Bhaiyyuji Maharaj", the guru had married for the second time last year. He had a daughter with his first wife, who died in 2015 of a heart attack.

The police said his family, reportedly at home at the time, would be questioned. CCTV footage, the gun used by the guru and his mobile phone have been seized by the cops.

"Domestic discord has come to light during the initial investigation into Bhaiyuji Maharaj's suicide, but besides this, we are conducting a detailed probe from other angles also," senior police officer Ajay Sharma told the Press Trust of India, adding, "We will not jump to any conclusion." 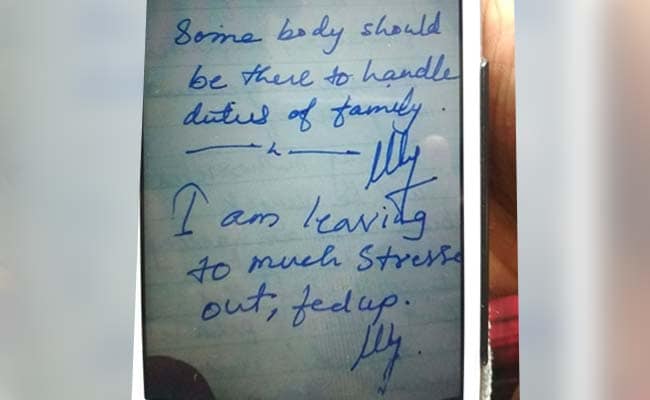 Police have found this suicide note at Bhaiyyuji Maharaj's residence

Bhaiyyu Maharaj recently made headlines as one of the five spiritual leaders given the status of ministers by the BJP government in Madhya Pradesh. He turned it down, saying a "post has no importance to a saint."

A former model, Bhaiyyu Maharaj was born Udaysinh Deshmukh in Shujalpur, around 90 km from Madhya Pradesh capital Bhopal. Over the years, he developed links to several politicians, including from the BJP and the Congress. He announced his retirement from public life in 2016.

"The country has lost a person who was a confluence of culture, knowledge and selfless service," said Chief Minister Shivraj Singh Chouhan. The BJP's ideological mentor Rashtriya Swayamsevak Sangh or RSS also condoled his death.

"He was worried about illegal mining in the Narmada by the Shivraj Singh Chauhan-led government and was offered the post of minister to shut his mouth. He rejected the offer and had told me about it on call," Digvijaya Singh alleged in an interview to news agency ANI.