Bhaiyyu Maharaj acted as a mediator during the 2011 anti-corruption campaign led by Anna Hazare and Arvind Kejriwal.

New Delhi: Bhaiyyu Maharaj, a popular spiritual leader who counted some of the country's top politicians and celebrities among his followers, committed suicide on Tuesday by shooting himself in the head at his ashram in Madhya Pradesh's Indore.

Bhaiyyuji Maharaj, born Uday Sinh Deshmukh, allegedly shot himself over "domestic issues". The police have reportedly found a suicide note that indicated that the 50-year-old was "depressed". He was declared dead at the Bombay hospital in Indore.

"The country has lost a person who was a confluence of culture, knowledge and selfless service," said Madhya Pradesh Chief Minister Shivraj Singh Chouhan, who had provoked opposition anger earlier this year by appointing Bhaiyyu Maharaj and four other "sadhus" as ministers.

Bhaiyyu Maharaj had refused the government's offer, saying "a post has no importance to a saint". Lacerated by the opposition, the state government justified the controversial move saying the gurus were made ministers to facilitate their work as members of a committee for the conservation of the river Narmada. 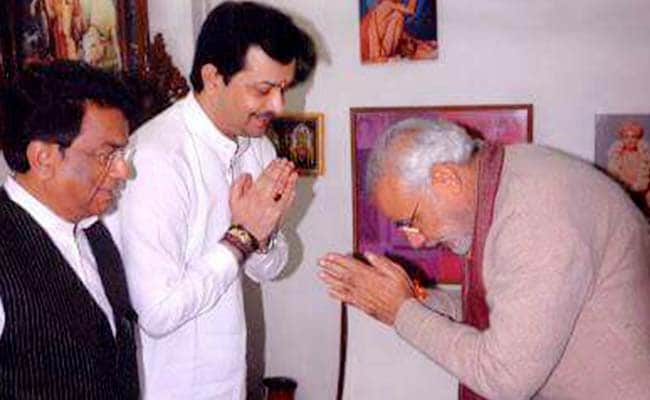 The self-styled guru was known for his links with influential politicians and businessmen. Maharashtra Chief Minister Devendra Fadnavis and legendary singer Lata Mangeshkar were among his many followers.

During the India Against Corruption campaign of 2011 for a Lokpal or anti-corruption watchdog, the Congress-led government sent Bhaiyyu Maharaj to persuade Anna Hazare to end his fast. Anna Hazare finally accepted a glass of juice from him.

Bhaiyyu Maharaj was also invited by Narendra Modi when, as Chief Minister of Gujarat, he sat on a "Sadbhavna (harmony) fast".

Popular mainly in Maharashtra and Madhya Pradesh, the guru announced in 2016 that he would give up public life. Scores of his supporters were seen outside the hospital where he was taken today.

"We are sad. Why did he have to commit suicide? A probe is necessary. We don't know what happened," said Computer Baba, another Madhya-Pradesh based spiritual leader recommended for a ministerial post by the state government.