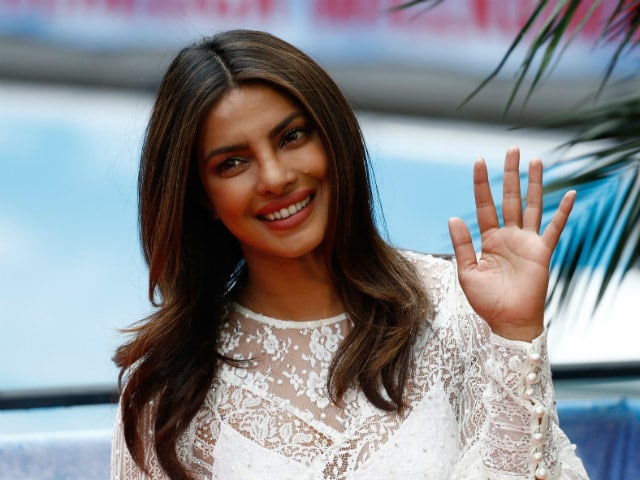 Priyanka Chopra at a screening of Baywatch in Berlin (courtesy AFP)

New Delhi: Actress Priyanka Chopra is fresh from her Hollywood debut but is already putting her priorities in place. Having completed her duties for Baywatch, the beachside movie with Dwayne The Rock Johnson, Priyanka's Hollywood dreams include playing a superhero and she has zeroed in on one particular one. Priyanka, who features as the prime antagonist in Seth Gordon's Baywatch, would love to play Batgirl on screen, she said in an interview to OK Magazine . She says that's her "dream part." Priyanka is perhaps made an oblique reference to Joss Whedon's upcoming film Batgirl, which was announced earlier this year. However, she added that she has not been contacted for any such project yet. "Well there's lots of chatter about lots of films but no one has spoken to me about it," she said in her interview to OK Magazine . This is the first time Batgirl, the popular DC superhero, will get a standalone film.

Promoted
Listen to the latest songs, only on JioSaavn.com
Priyanka recently took Baywatch to Berlin and London, and is back in the Big Apple. On Saturday, she caught up with celebrities like Nicole Kidman and Kendall Jenner at the Tenth Annual Veuve Clicquot Polo Classi at Liberty State Park.

Priyanka Chopra's Baywatch released in India on June 2. Bollywood is still looking forward to her announcements about future projects back home. Meanwhile, she is expected to begin shooting for the third season of Quantico, the American TV show she headlines as Alex Parrish.

Against AFSPA But National Security Is Priority: Manipur Chief Minister On Controversial Law