Priyanka Chopra's maiden Hollywood film Baywatch, which released in India on Friday, is reportedly a 'flop' at the box office 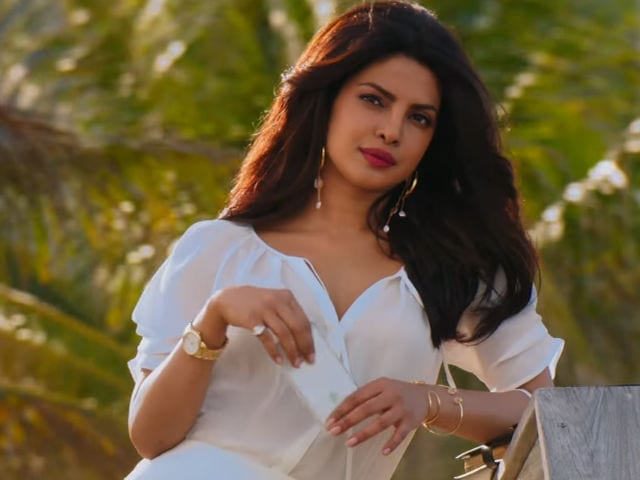 New Delhi: Priyanka Chopra's maiden Hollywood film Baywatch, which released in India on Friday, is already a 'flop' at the box office. The film managed to collect Rs 1.50 crore on Day 1, reports Box Office India. Priyanka plays the antagonist Victoria Leeds, who owns a beachside. "Baywatch is a disaster as it was in the US," states Box Office India's report. The film released in the US on May 26 and tanked at the box office there too. Baywatch also failed to impress the critics. Priyanka co-stars with Dwayne 'The Rock' Johnson and Zac Efron in Baywatch. Dwayne Johnson plays lifeguard Mitch Buchannon. The Seth Gordon-directed film also stars Alexandra Daddario and Kelly Rohrbach.

In his review for NDTV, Raja Sen gave Baywatch 1 out of 5 star. "Priyanka Chopra deserves better than this. Baywatch is a film so incompetent that it can't be saved by Dwayne 'The Rock' Johnson, one of the most charismatic action stars of all time. If you are have made up your mind about watching this film, don't do it on the big screen in India. In fact, considering how insipid the cinematography is, you might as well watch this at home."

Priyanka promoted Baywatch on a large scale. Earlier this week, she was in Berlin, Germany for the promotions and from there, she flew to London for the film's premiere.

Promoted
Listen to the latest songs, only on JioSaavn.com
The film is an adaptation of the popular Nineties television show Baywatch, featuring Pamela Anderson and David Hasselhoff.

Yogi Adityanath Has Been Given A Farewell By BJP: Akhilesh Yadav On Gorakhpur Ticket