Varun Dhawan, who watched Baywatch earlier this week during a special screening in Mumbai, said that the film is 'fun' 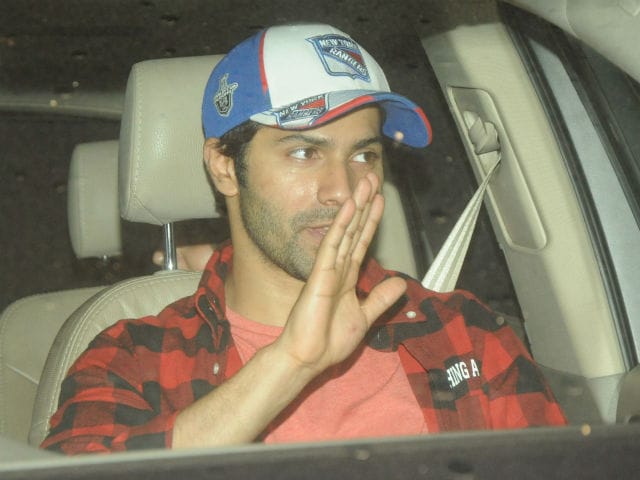 Varun Dhawan at the screening of Baywatch in Mumbai

New Delhi: Actress Priyanka Chopra's maiden Hollywood film Baywatch releases in India on June 2 (Friday). The actress is currently busy in promoting the film. Meanwhile, her colleague Varun Dhawan, who watched Baywatch earlier this week during a special screening in Mumbai, reviewed Priyanka's film. "#Baywatch is fun in the sand. @TheRock brings the humour like only he can and @priyankachopra is badass. I laughed throughout," wrote Varun on Twitter. Baywatch stars Priyanka as the antagonist Victoria Leeds. Dwayne 'The Rock' Johnson and Zac Efron co-star with Priyanka in the film. Baywatch released in USA last week. Here's what Varun Dhawan tweeted about Priyanka's Baywatch.

#baywatch is fun in the sand. @TheRock brings the humour like only he can and @priyankachopra is badass. I laughed throughout.

Thank you @Varun_dvn I'm so glad u felt that way!Our fun mad action comedy releasing around the world #1dayforBaywatch@TheRockhttps://t.co/j58TfwsukD

Thank you brotha! Me and @priyankachopra talked about how much you (and India) will enjoy the movie. Fun is the key word. #Baywatchhttps://t.co/MblDsKynjp

Baywatch hasn't been reviewed well by foreign media. At the US box office, the film has been outperformed by Johnny Depp's Pirates Of The Caribbean: Dead Men Tell No Tales.

Was such a lovely coincidence to be in #berlin at the same time as the Prime Minister. Thank you @narendramodi Sir for taking the time from your packed schedule to meet me this morning.

Priyanka was trolled on social media for wearing a dress to meet PM Modi. Twitter found Priyanka's outfit 'unsuitable' for the meeting. However, she replied back to the trolls with a picture of herself and mother Madhu Chopra on Instagram, wearing short dresses.

She was also attacked on Twitter for taking selfies at the Holocaust memorial in Berlin.

Promoted
Listen to the latest songs, only on JioSaavn.com
Priyanka left for London on Wednesday night and will promote Baywatch there now.

Priyanka is already a star in Hollywood, she also features in American television series Quantico, which is in its third season.