Before the ordinance was issued, the definition of tree in the law included palm, bamboo, brushwood and cane 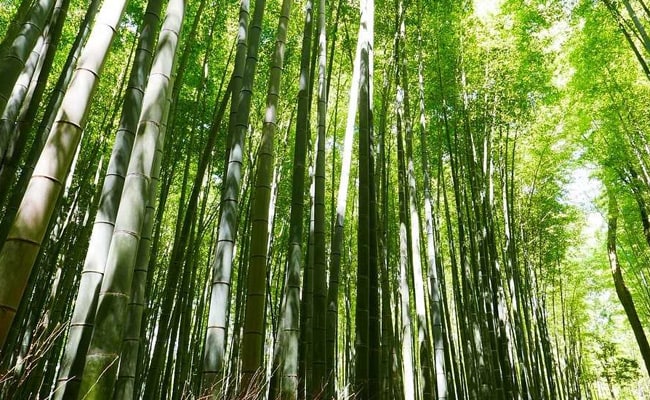 Bamboo grows abundantly in areas outside forests with an estimated growing stock of 10.20 million tonnes

New Delhi: President Ram Nath Kovind today cleared an ordinance amending the Indian Forest Act, omitting bamboo grown in non-forest areas from the definition of trees. This would help in exempting it trees that need permits for felling or transportation.

Before the ordinance was issued, the definition of tree in the law included palm, bamboo, brushwood and cane. The brief ordinance, aimed at increasing bamboo plantation, states that clause seven in Section 2 of the act would omit the word bamboo.

"The government, in a landmark initiative, has promulgated the Indian Forest (Amendment) Ordinance, 2017 to exempt bamboo grown in non-forest areas from definition of tree, thereby dispensing with the requirement of felling or transit permit for its economic use," Environment Minister Harsh Vardhan said.

Though taxonomically a grass, bamboo was legally defined as a tree under the Indian Forest Act, 1927. Before this amendment, cutting and transport of bamboo grown in forest as well as non-forest land was illegal.

"This was a major impediment for bamboo cultivation by farmers on non-forest land," an official statement said. The move will contribute to achieving the objective of doubling farmers' income by 2022, it said.

Bamboo grows abundantly in areas outside forests with an estimated growing stock of 10.20 million tonnes and about 20 million people are involved in bamboo related activities. The current demand for bamboo in India is estimated at 28 million tonnes, say experts.

Though India has 19 per cent share of the world's area under bamboo cultivation, its market share in the sector is only 6 per cent, the statement said. At present, India imports timber and allied products such as pulp, paper and furniture.

"In 2015, India imported about 18.01 million cubic meters of timber and allied products worth Rs 43,000 crore. The amendment will help in addressing some of these issues, besides meeting the demand from domestic production," it said.

According to the United Nation Industrial Development Organisation (UNIDO), the bamboo business in the north-east region alone has a potential of about Rs 5,000 crore in the next 10 years. The union cabinet meeting chaired by Prime Minister Narendra Modi had yesterday approved the promulgation of the Ordinance on amendment of Section 2 (7) of the Indian Forest Act, 1927.

"While on the one hand, the legal and regulatory hardships being faced by farmers and private individuals will be removed, and on the other hand, it will create a viable option for cultivation in 12.6 million hectares of cultivable waste land," the union environment minister said.

The measure will go a long way in enhancing the agricultural income of farmers and tribals, especially in the north-east and central India, he added.
Comments
bambooRam Nath Kovind