Based on the final order of DGCA, DDA has issued notice to the concerned department regarding a reduction in the height of the top four apartments of the building. 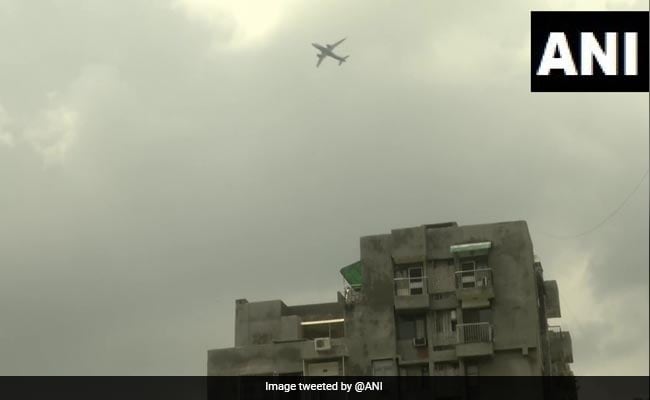 Residents of the four apartments are worried after the final order of DGCA and DDA.

"DIAL forwarded the list of buildings and structure determined as forming Obstacles Limitations Surfaces (OLS) of IGI airport based on a survey conducted in the year of 2016 to this office including of buildings and structures at Ganga, Yamuna, Narmada and Saraswati apartments as obstacle penetrating the Inner Horizontal Surface (IHS) against their permissible top elevation," DGCA's final order read.

Based on the final order of DGCA, DDA has issued notice to the concerned department regarding a reduction in the height of the top four apartments of the building.

"Final order issued by DGCA to reduce the height of the said 15 numbers of towers to permissible limits within 60 days of issue of the notice or file appeal to DGCA within 60 days. This is for your kind information and further necessary action please," DDA's notice read.

The residents of the said four apartments are worried after the final order of DGCA and DDA. And for this Resident Welfare Association (RWA) are aggressively opposing the order and preparing an appeal to DGCA and DDA. The RWA has shown dissatisfaction against the order as to how a final order can be passed without consulting residents.

"We have bought the house with hard-earned money. How can the authority pass the order unanimously? We will appeal before the authority and if they do not listen to us, then we will approach the Supreme Court," Abhay More, President of RWA, Yamuna told ANI.

Retired and serving IAS-IPS-IFS officers, pilots, literary personalities and other intellectuals residing in these towers. After the order, all the residents are upset.

"These towers were constructed after DDA got No Objection Certificate (NOC) and now other authority of same government said that there is a need to reduce the height of the building. What is the fault of the people living here who have filled crores of rupees in a flat? Reducing the height is also compromising the safety of the building as there are water tanks, fire tanks and elevators attached to the top of the building," Ashok Pai a retired IFS said.

A meeting of large federation made up of residents living in Vasant Kunj has been convened today to take up the issue and look at legal recourse.