The BJP leader's "solution" was to kill the zoo's surplus sambar deer population to feed its carnivores; sambar deer, however, are protected under Indian law 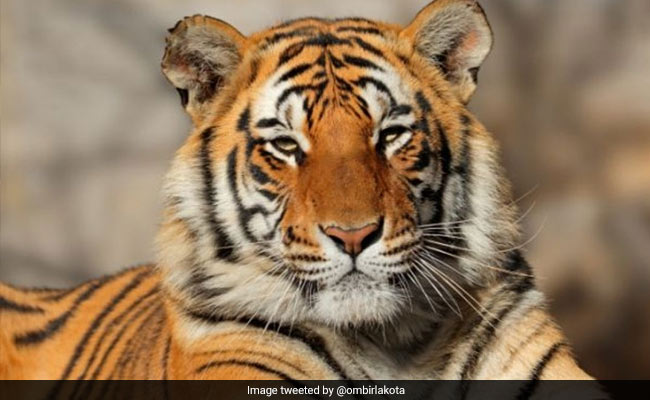 Hardline Assam BJP leader Satya Ranjan Borah has a problem with serving beef - not just to people, but also to carnivorous animals in zoos, specifically tigers.

On Monday a small group of protesters led by Mr Borah - claiming to be anti-beef activists - attempted to block the main gate at Guwahati Zoo as vehicles carrying beef for tigers were trying to pass. Zoo authorities managed to disperse them with help from the police, official sources said.

"In Hindu society we give importance to protection of cow, but it is the staple food for carnivores in the zoo and part of government supply. Our objection is - why serve beef? Why not other meat?" Mr Borah asked reporters.

The BJP leader then offered a "solution".

"The zoo's sambar deer population is so much that the males have to be kept separately (to slow down breeding). The zoo can achieve self-sufficiency if sambar deer meat is used to feed the carnivores," he declared.

"The vehicles carrying meat were stopped briefly by miscreants. We called the police to disperse them. Food for carnivores is recommended by the Central Zoo Authority. As per the law we cannot give the meat of zoo animals to the carnivores. Also, sambar deer is a wild animal and we cannot kill wild animals," Tejas Mariswamy, Divisional Forest Officer, under whom jurisdiction of the zoo falls, said.

Incidentally, sambar deer are listed as "vulnerable" by the International Union for Conservation of Nature (IUCN) and are protected under Schedule-III of the Wildlife (Protection) Act, 1972.

Later Assam Forest Minister Parimal Suklabaidya said the animals were fed beef as it was "essential" for their nutrition. He said that some states opted to feed carnivores buffalo meat but since Assam does not have that stock, beef was given as per the centre's guideline.