There's no stopping for Aamir Khan's Dangal in China. The wrestling drama has entered the 1,000 crore-mark at the Chinese box office 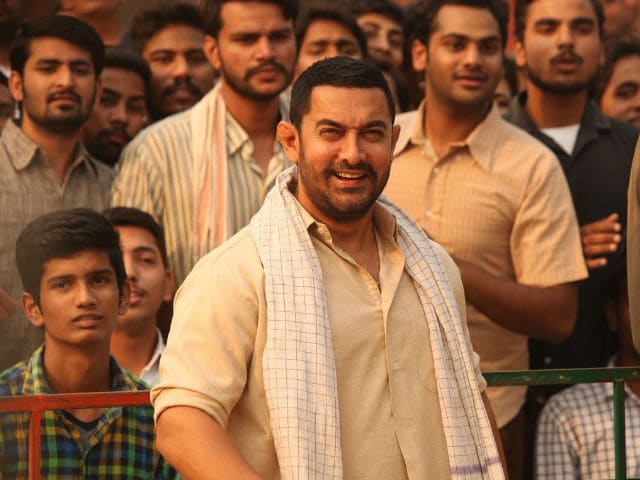 New Delhi: There's no stopping for Aamir Khan's Dangal in China. The wrestling drama, which has broke major box office records, has finally entered the 1,000 crore-mark in China, reports news agency PTI. "It is an unprecedented success for an Indian film and important landmark, making Dangal a super hit Indian film," Prasad Shetty, an industry tracker told PTI. Aamir's 2014 film PK too was successful in China. However, Dangal has surpassed all box office records of an Indian film. PTI reports that after earning Rs 1,000 crore, Dangal is now the 33rd film in Chinese cinema to cross this mark. The Nitesh Tiwari-directed film released in China as Shuai Jiao Baba (Let's Wrestle, Dad) in around 7,000 screens on May 5.

Dangal ruled the Chinese box office for over 15 days. However, after Pirates of the Caribbean 5's release, Aamir's film is standing strong at the second position, PTI quoted Maoyan, a popular ticketing website in China.

Of the film's record-shattering success, Aamir told IANS, "While we were hoping that Dangal connects with the people of China, not in our wildest dreams we thought that this is the kind of connect we would have. It was unprecedented. We are pleasantly surprised. The reason it has become so huge, according to me, in China is that they connected on an emotional level with the story, the characters and the moments."

Till Sunday (May 28), Dangal had earned over Rs 888 crore in China, reported trade analyst Taran Adarsh. Here's the last week collection of Dangal.

Globally, Dangal is giving a stiff competition to Baahubali 2, which has redefined the box office game.

Promoted
Listen to the latest songs, only on JioSaavn.com
Aamir Khan co-stars with Fatima Sana Shaikh, Sanya Malhotra and Sakshi Tanwar in Dangal. The film is based on Haryanvi wrestler Mahavir Singh Phogat's life and his daughters Geeta and Babita, both Commonwealth Games medallists.