Dangal has made Rs 778.25 crores in its third week run at theatres in China 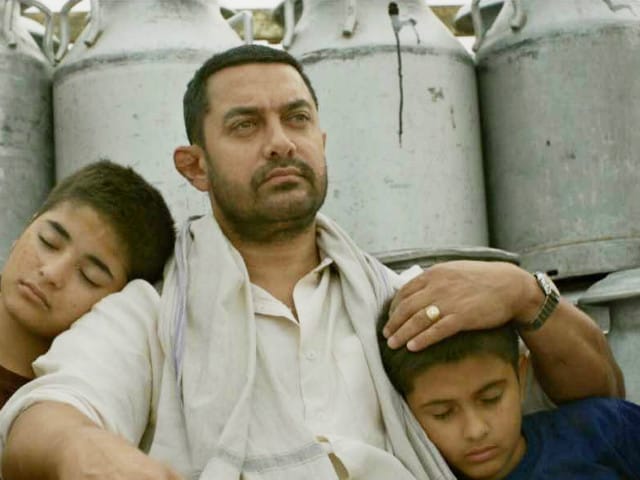 New Delhi: Aamir Khan's Dangal is busting box office in China, where it released across 9,000 screens earlier this month. On its third Tuesday in China, the movie raked in a whopping amount of Rs 20 crores, reported trade analyst Taran Adarsh. Dangal is visibly wrestling its way up the Chinese box office. Aamir Khan-films became a popular affair in China after his blockbuster PK made an entry to the Chinese theatres in 2015. Well, the humongous box office numbers for Dangal in China is not surprising because China has as many as 40,000 screens which is only a fraction of India's with 8,500. In India, Dangal reached the status of a blockbuster within days of its release. In Dangal, Aamir Khan is unanimously agreed to have delivered a career defining performance.

Dangal has made Rs 778.25 crores in its third week run at theatres in China.

In terms of worldwide collection, Dangal became the second Indian movie to have surpassed the coveted Rs 1000 mark after Baahubali 2, who redefined history at the box office.

Promoted
Listen to the latest songs, only on JioSaavn.com
Ahead of the film's release in Christmas last year, the 51-year-old actor had said that he doesn't measure success by awards or box office crores. But Dangal seems to have performed well on both fronts - it won the Filmfare Award and its box office scores are off the roof.

This year, Dangal opened the Beijing Film Festival in China and later released as Shuai Jiao Baba, which translates in English as 'Let's Wrestle, Dad.' Aamir Khan co-stars with Fatima Sana Shaikh, Sanya Malhotra and TV star Sakshi Tanwar in Dangal, which is directed by Nitesh Tiwari and based on Haryanvi wrestler Mahavir Singh Phogat.