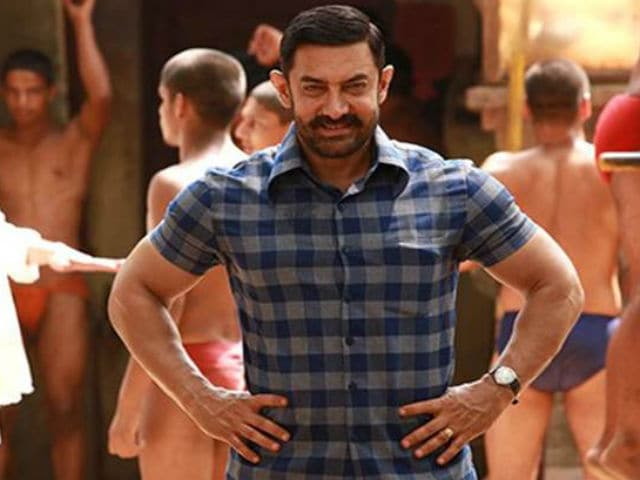 New Delhi: Actor Aamir Khan, whose film Dangal is currently busting Chinese box office (Rs 888 crore and counting), says that he is 'pleasantly surprised' by the success of the wrestling drama, reports news agency IANS. Dangal released in China earlier this month. "While we were hoping that Dangal connects with the people of China, not in our wildest dreams we thought that this is the kind of connect we would have. It was unprecedented. We are pleasantly surprised," Aamir told IANS. In the Nitesh Tiwari-directed film , Aamir, 51, played the role of a Haryanvi wrestler Mahavir Singh Phogat. The wrestling drama shows how Mahavir Singh Phogat, against all odds, trains his daughters Geeta and Babita, played by Fatima Sana Shaikh and Sanya Malhotra, to become wrestlers.

"Dangal had a deep impact on women and men, and how we as a society can treat the girl child. It also had a big impact on wrestling. The kind of interest people have taken in wrestling after the film is significant," Aamir said. At the Indian box office, Dangal earned over Rs 385 crore. It surpassed the box office records of Aamir's previous films like PK and 3 Idiots.

Dangal released in China as Shuai Jiao Baba (Let's Wrestle, Dad) in around 7,000 screens, reports IANS. "The reason it has become so huge, according to me, in China is that they connected on an emotional level with the story, the characters and the moments. I have been reading their reactions on social media. They have been saying things like how the movie moved them and how the characters inspired them so much. It made them realise what their parents went through. Many of them called up their parents and cried. It's a very emotional reaction. That is what has made the film really work," says Aamir.

The actor will next be seen in Thugs Of Hindostan, also featuring Amitabh Bachchan, Katrina Kaif and his Dangal co-star Fatima. The film will be directed by Vijay Krishna Acharya. Thugs Of Hindostan is scheduled to release next year.