Aamir Khan Explains Why Baahubali 2 And Dangal Shouldn't Be Compared

Aamir Khan said: "Dangal and Baahubali 2 are good in their own space and above all both films are Indian films which are making its mark all over the world" 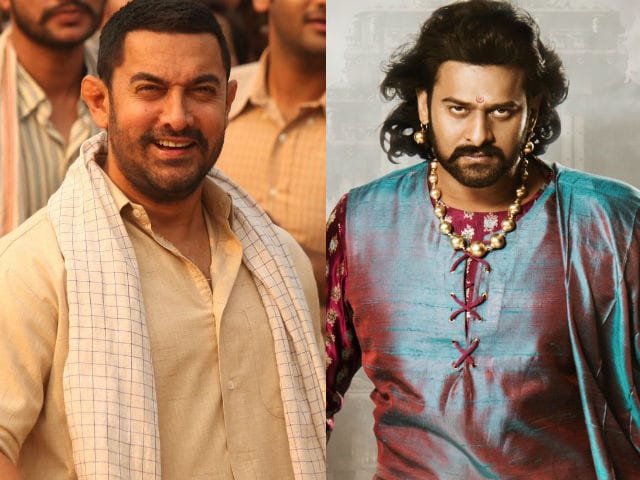 Aamir Khan in Dangal and Prabhas in Baahubali 2

New Delhi: Actor Aamir Khan's Dangal released in China earlier this month and has become the highest grossing non-English film in the country by collecting over Rs 750 crore. Dangal's successful spin at China's box office made it the second Indian film to cross Rs 1,000 crore-mark worldwide, the first being S S Rajamouli's epic Baahubali: The Conclusion. Dangal and Baahubali 2's global box office tally is almost neck-to-neck but Aamir Khan said that the two films shouldn't be compared, reports news agency IANS. "I am really happy that Dangal is getting appreciated in China and all over the world. I don't think we should compare two films. Dangal and Baahubali 2 are good in their own space and above all both films are Indian films which are making its mark all over the world. I am very proud of Baahubali as well," said Aamir Khan.

Aamir Khan added that he hasn't watched Baahubali 2 yet but he has heard only good things about the film. "Baahubali 2 is a very successful film. I haven't watched it yet but I am hearing a lot of good stuff about it from everyone around me. I would like to congratulate Rajamouli and his entire team," said Aamir, reports IANS.

Baahubali: The Conclusion , a fantasy drama film, based in fictional Mahishmathi Kingdom is the story of rivalry, revenge and love. Dangal is a biography of wrestler Mahavir Singh Phogat (Aamir Khan) who coached his daughter Geeta (played by Fatima Sana Sahikh) and Babita (played by Sanya Malhotra) in his sport. The film releases in India in December 2016.