The anti-conversion law in Madhya Pradesh provides for up to 10 years in jail in some cases and hefty fine for violators. 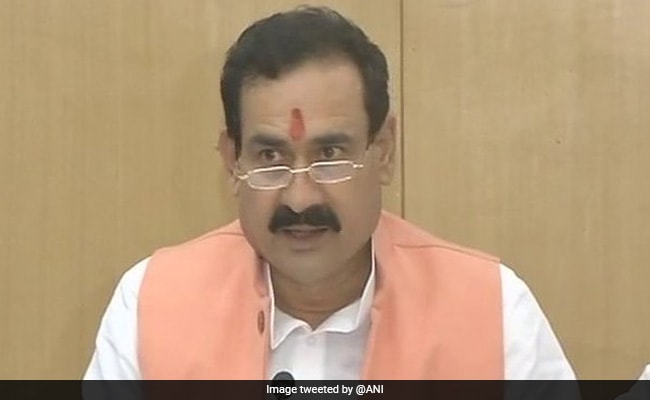 Minister Narottam Mishra said the highest number of seven cases was reported in the Bhopal division.

As many as 23 cases were registered under an anti-conversion law in Madhya Pradesh within a month of it coming into force, Home Minister Narottam Mishra said on Thursday.

Early last month, the BJP government promulgated the Freedom of Religion Ordinance, 2020, which penalises religious conversions by misrepresentation, allurement, use of threat of force, undue influence, coercion, marriage or by any other fraudulent means.

The law provides for up to 10 years in jail in some cases and hefty fine for violators.

"Twenty three cases have been registered under the MP Freedom of Religion Ordinance in the state in January (the month it came into force), Mr Mishra told reporters in Bhopal.

He said the highest number of seven cases was reported in the Bhopal division followed by five in Indore, four each in Jabalpur and Rewa, and three in the Gwalior division.

Mr Mishra said religious conversion through fraudulent means is a serious issue and the practice needs to be stopped.

"Since the beginning, we have been saying it is a serious issue and happening on a large scale in the state and across the country for which I am not authorised (to speak).

"Such people and forces were active and they needed to be checked. And to this end, the state set the ball rolling (by enacting the law) and this is the figure (23) that has come forth in a month in MP, the minister said, justifying the controversial law.