21 Indian Cities Will Run Out Of Groundwater By 2020: Report

Three rivers, four water bodies, five wetlands and six forests have completely dried in Chennai despite having better water resources and rains than any other metro cities, the report said. 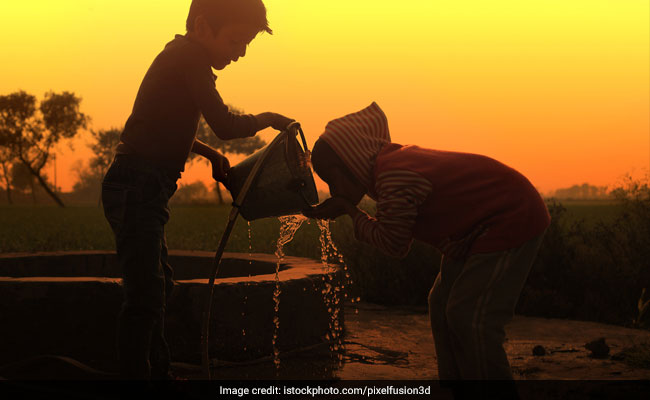 40 per cent of India's population will have no access to drinking water by 2030, the report said.

Twenty one cities in India including Delhi, Bengaluru, Chennai and Hyderabad - will run out of groundwater by 2020, affecting around 100 million people, claims a report by NITI Ayog.

The report also says that 40 per cent of India's population will have no access to drinking water by 2030.The situation is alarming, given the fact that year 2020 is not very far. Three rivers, four water bodies, five wetlands and six forests have completely dried in Chennai despite having better water resources and rains than any other metro cities, the report said.

"The government is depending upon the desalination in Chennai which is very expensive also however they forget that the earth is a limited planet and oceans will dry. What will we leave for our children and grandchildren? We may have a lot of money but we cannot ask our children to drink money instead of water. Using ocean water and desalination is not the solution but water harvesting is" said former director of National Water Academy professor Manohar Khushalani.

"It is a collective responsibility of the government and people of the country to save water and contribute to increasing the groundwater levels," he added.

Mr Khushalani is presently working as professor in Indraprastha Institute of Information Technology Delhi and has also authored books ''Irrigation Practice and designed in five volumes''.

"It is not very difficult and expensive to harvest rainwater. One can easily do it commonly in group housing societies or individually. We will just have to make our heart little bigger and more responsible to be thinking about our next generation," the professor told ANI.

He has made a water harvesting structure inside his residence, in which he has been harvesting rainwater since 2003, helping the raise the groundwater level in his area.

"I made this water harvesting structure in 2003 when my sixty feet deep tube well dried up. I decided to put all rain water collected on my terrace into it. There are two conditions in doing rainwater harvesting. Number one, first rainwater should not go into it, secondly filtered water should go into the ground otherwise it will contaminate the groundwater. The rainwater which is collected on my terrace flows through a pipe which is connected to the bore. After sixty feet, the soil filters the water by itself. The water which falls from the terrace or from height should be harvested but not the water on the roads during rains because it carries lots of dirt with it which may lead to groundwater contamination," he said.

Mr Khushalani further suggested that the regions which are facing drought should not do farming of sugarcane as it absorbs a lot of groundwater. "By becoming aware today we can avert the danger tomorrow," he concluded.