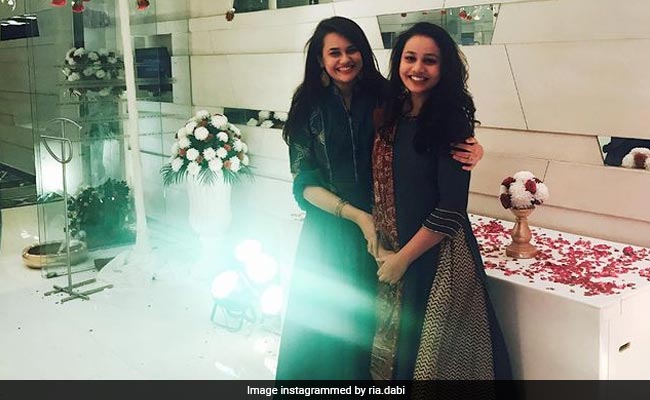 UPSC 2015 topper Tina Dabi's younger sister, Ria Dabi, has cleared the prestigious civil services examination with an all India rank of 15 in the final list of candidates declared on Friday. In an Instagram post, Tina Dabi said she is delighted at her younger sister's success. “I am delighted to share that my younger sister Ria Dabi has got rank 15 in the UPSC 2020 exam,” she wrote.

Both the sisters studied at Delhi University's Lady Shri Ram College. Tina Dabi was the first candidate from the Dalit community to top the exam.

The Union Public Services Commission (UPSC) conducts the civil services examination in three stages. The first is a preliminary test, which is followed by the main exam. Finally, the candidates who have cleared the first two hurdles are called for an interview or personality test. Successful candidates serve in the various wings of bureaucracy, including the Indian Administrative Service, the Indian Foreign Service and the Indian Police Service.

Tina Dabi is now the Joint Secretary Finance (Tax) in the Rajasthan government.

A total of 761 candidates – 545 men and 216 women – cleared the exam this year. Bihar's Shubham Kumar secured the first rank and Jagrati Awasthi was placed second. Both are engineering graduates. The third rank is also held by a woman candidate – Ankita Jain. The top 25 candidates comprise 13 men and 12 women.

The preliminary test was conducted on October 4 last year and 4,82,770 appeared in it. A total of 10,564 candidates qualified for the main examination in January. Of them, 2,053 candidates sat for the interview.