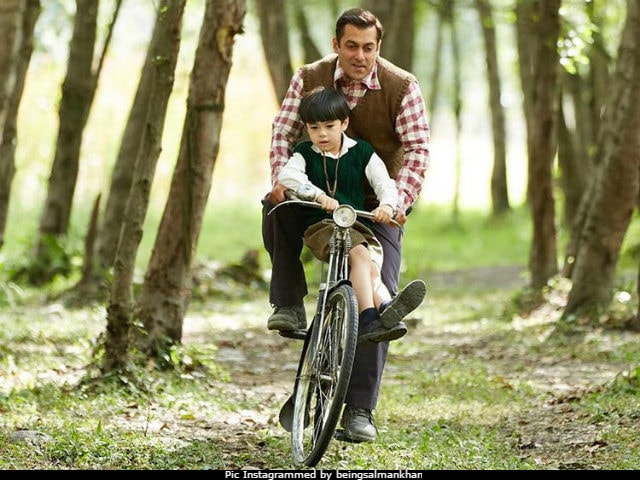 Matin Rey Tangu and Salman Khan in a still from Tubelight

New Delhi: Tubelight has not even released and Salman Khan's eight-year-old co-star Matin Rey Tangu is a star already - both on social media and off screen. From Tubelight's promotional videos and pictures, it is quite evident that Matin may not be the centre of attention (like Harshaali was in Bajrangi Bhaijaan) but covers a major chunk of the movie. Matin also appears to contribute to the emotional quotient of the Kabir Khan-directed film. The 51-year-old superstar, who is known for his undisputed rapport with pint-sized actors, introduced his little partner on social media earlier this year and to the media earlier this week. In case you wonder how much of the sudden attention Matin is enjoying, here's what you need to know. When asked about his future ambitions, he told news agency PTI: "I want to be an actor. Ab actor ban gaya toh ban gaya (Now, I have become an actor so I will continue)."

Ahead of Tubelight, here are 10 times Matin Rey Tangu and Salman Khan won our hearts just by being adorable.

And here's Salman and Matin enjoying the silence of the hills.

When they had a lot to catch up on.

Salman plays the role of Laxman in Tubelight and is clearly the seedha sadha of the two.

A ride through the woods.

Here's Salman and Matin, waiting for their turn.

They always have each other's back:

Here's the first poster featuring Matin. This picture reminded many of bhaijaan and Munni from Bajrangi Bhaijaan.

Promoted
Listen to the latest songs, only on JioSaavn.com
However, Matin and Salman's Tubelight diary will remain incomplete without these adorable pictures from the event Matin was introduced in:

Tubelight, which is set against the backdrop of the 1962 Indo-Sino war, has extensively been shot in Manali. Tubelight also has a cameo by Shah Rukh Khan while late actor Om Puri and Chinese actress Zhu Zhu feature in significant roles. Tubelight is arriving to light up the screens tomorrow.