Matin's expression in the new promo video is absolutely hilarious 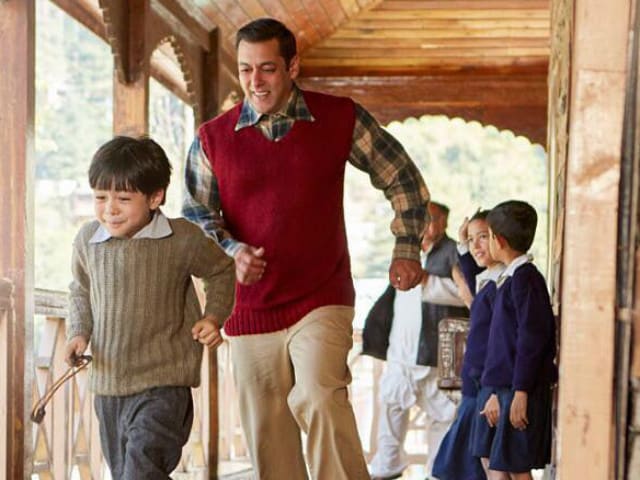 Tubelight: Salman Khan and Matin Rey Tangu in a still from the film

New Delhi: Tubelight Salman Khan is not such a tubelight after all. In a new teaser, Salman as Laxman and his eight-year-old co-star Matin Rey Tangu can be seen pulling a prank on a school teaser. Pranking teachers (Kids, do not practise this in school or otherwise) is one of the oldest ways of recreation in school, which Salman and Matin does adorably in the new promo. Dressed in school uniform, Matin's expression in the video is absolutely hilarious - he pretends to be oblivious of his partner's crime. Laxman, who is the more seedha saadha of the lot, makes the confession and scoots out of the classroom in no time.

Off screen, Matin is as much an entertainer as his senior on the sets of Tubelight. Matin Rey Tangu, who is from Arunachal Pradesh's Itanagar, was officially introduced to the bhaijaan fans with an interactive session on Monday. It was learnt that Matin actually wanted to become a chef before Tubelight happened but now, he told PTI: "I want to be an actor. Ab actor ban gaya toh ban gaya (Now, I have become an actor so I will continue)." That made all of us ROFL.

Salman Khan has a history of working with young artists and we love him for that. From Ali Haji in Partner and Sana Saeed in Kuch Kuch Hota Hai to Harshaali Malhotra in Bajrangi Bhaijaan and Matin Rey Tangu in Tubelight, his onscreen rapport with the little ones are jealous-worthy.

Promoted
Listen to the latest songs, only on JioSaavn.com
While we wait to see the Salman Khan Matin Rey Tangu combo in Tubelight, here's an adorable still of the two.