Salman Khan's Tubelight is all set to claim a big release in USA. The posters of Salman Khan's film have lit up Times Square and it will get the biggest opening (for a Bollywood film) in USA 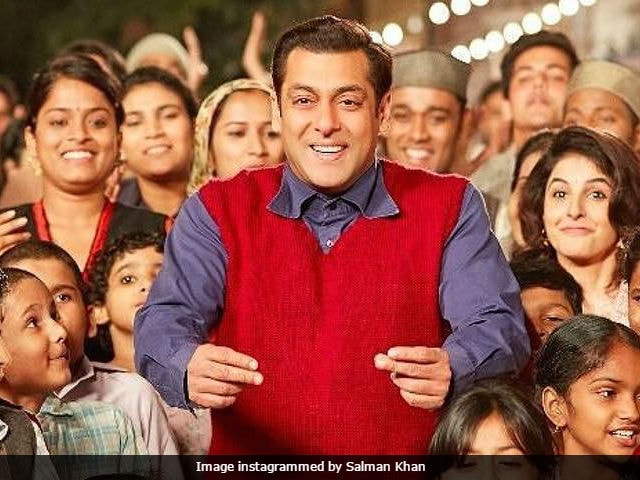 New Delhi: Superstar Salman Khan's Tubelight will release across 1,200 screens abroad, Amar Butala, COO of Salman Khan Films confirmed, reported mid-day. It is the widest release for any Khan-film till date and 100 screens more than S S Rajamouli's magnum opus Baahubali: The Conclusion, which released on April 28. Salman Khan's Bajrangi Bhaijaan (2015) got 800 screens while Sultan (2016) got 1,000 screens, reports mid-day. Meanwhile, the makers have also stretched their pockets generously to promote the film in USA. The posters of Tubelight have occupied a prime spot in New York's Times Square, which an industry insider says only 'few can manage.' Salman Khan's Tubelight, which is set against the backdrop of 1962 Indo-China war, will open in theatres tomorrow.

Trade analyst Atul Mohan told mid-day that Chinese star Zhu Zhu's casting will help Tubelight get a 'wide release' in China. Recently, Aamir Khan's Dangal got a booming response in the country while Baahubali 2 is yet to release there.

"Salman Khan is taking big steps with each of his films. His last two releases, Bajrangi Bhaijaan and Sultan (2016), were phenomenal hits in the overseas market. Tubelight is in the same bracket," mid-day quoted trade analyst Taran Adarsh as saying.

Tubelight is all set to brighten up your day on June 23.