Salman Khan's father and veteran writer Salim Khan said a cheque of Rs 32.50 crore has been dispatched to the distributors with an undertaking that out of it, Rs 1.50 crore would be refunded to exhibitors 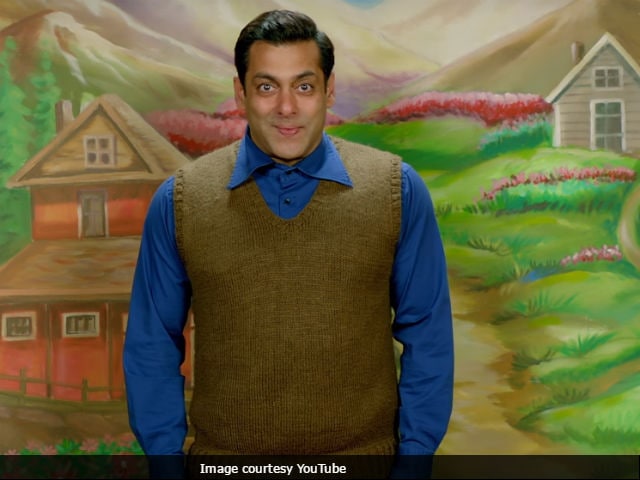 New Delhi: Salman Khan's Eid release Tubelight failed to impress critics and movie-goers. The movie also tanked at the box office as a consequence of which the film distributors incurred some losses. However, the 51-year-old actor has now refunded the distributors to compensate for the losses incurred by them, reported Mumbai Mirror. Salman's Tubelight didn't perform at par with the actor's previous Eid releases like Sultan, Dabangg, Bodyguard, Ek Tha Tiger, Kick, Bajrangi Bhaijaan and Sultan. The film opened to a positive response on day one and managed to collect Rs. 21.15 crore on its opening day. The film took seven days to cross the 100 crore mark, making Rs. 106.86 in its first week. According to Box Office India report, the film scored the least of all Salman's films since 2011's Veer: "In terms of footfalls it's the worst Salman Khan performer since Veer in 2011."

In a statement to Mumbai Mirror, Salman's father and veteran writer Salim Khan said that 'film's business did not justify the price for which it was bought' and a cheque of Rs 32.50 crore has been dispatched to the distributors with an undertaking that out of it, Rs 1.50 crore would be refunded to exhibitors.

"Whenever there's a problem or a discussion, the final decision is mine. Even when I was working, after Javed (former scriptwriting partner Javed Akhtar) and I parted ways, I returned my share of the signing amount of all the films we had signed together. Some films work, some don't, but in this case the losses were comparatively higher," Mumbai Mirror quoted Salim Khan as saying.

Promoted
Listen to the latest songs, only on JioSaavn.com
"Even though Tubelight did a business of over Rs 100 crore, it did not justify the price for which it was bought. This way, a large part of the losses will be covered, and from the distributors to the exhibitors, everyone down to the last person in the chain, has been compensated," Salim Khan added.