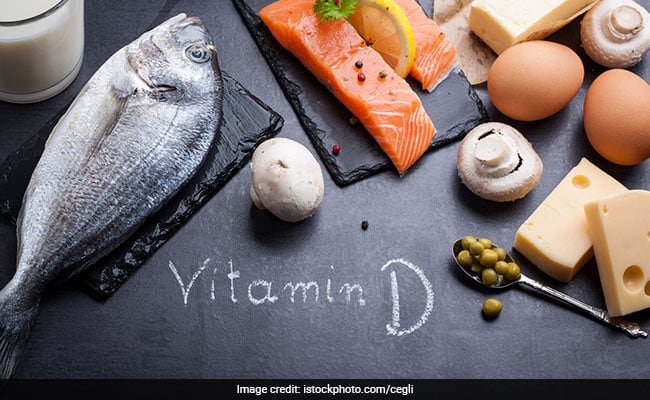 Sunlight is one of the best sources of vitamin D

Everyone knows that the body requires some important minerals in the form of vitamins to remain fit and healthy. Vitamin D and vitamin K are two of the most significant nutrients. Vitamin D supports bone health, builds immunity, as well as helps in improving energy and mood. Whereas, vitamin K2 also promotes bone and heart health. However, it's believed that these two vitamins can be consumed together for a better impact on the body. In one of her Instagram posts, nutritionist Pooja Makhija has also explained how this combination works. In the video, she asks, "Secret ingredient along with sunlight to make vitamin D more potent?" As the answer, she says, "Vitamin K2."

Vitamin D and Vitamin K2: Here's how this combination works

Pooja says, "The combination of vitamin D3 and K2 has gained scientific attention recently due to their complementary effects. You might say these two vitamins have a 'Batman and Robin' effect: they're good on their own, but even better together when they work together. Both vitamins are fat-soluble and work together to metabolize calcium in your body by activating helpful proteins. While vitamin D3 improves your calcium absorption, vitamin K2 allocates where that calcium can be used."

In a detailed caption, the nutritionist also states that vitamin D may end up taking calcium from your bones if it did not get enough amount of the same from your diet. So, Pooja says, in order to prevent the bones from weakening, vitamin K2 is needed to promote the calcification of your bones while regulating and reducing the damaging effect of the calcification and hardening of soft tissues (such as blood vessel walls or around the major organs).

Pooja also writes, "There is some evidence to suggest that taking the two vitamins together may help reduce the risk of developing conditions such as osteoporosis, or other chronic diseases like kidney or heart disease, though more research is needed in this area."

What are the sources of vitamin D?

Stating the answer to this question, the nutritionist reveals, vitamin K is most commonly found in animal source foods, some fermented foods, and also dark, leafy green vegetables.  Studies have shown that you need a relatively high intake of vitamin K to support a healthy vascular system and bones. So, if you're a vegetarian, or if you eat meat and don't include many vegetables in your diet, you might want to consider taking a vitamin K2 supplement (MK-7 is the superior of the two subtypes of K2), Pooja adds.

She mentions that there are a lot of studies suggesting between 50mcg to 200mcg per day to be effective in helping all of the above K2 benefits. However, Pooja says, "After my own research and understanding a 90-100mcg dose per day is a good dose to start with."

There is some evidence that says that taking more than 50 mcg of MK-7 is not recommended for those on blood thinners. The nutritionist, in the concluding statement, warns everyone to talk to their doctor before taking K2 if they are taking any prescription anticoagulants or blood thinners.