Shradh 2017: Why is Non Vegetarian Food Avoided During Shradh

Meat, chicken, eggs and stale or rotten fruits or grains should not be used for the Shradh puja and the Pitru Pakasha offerings. 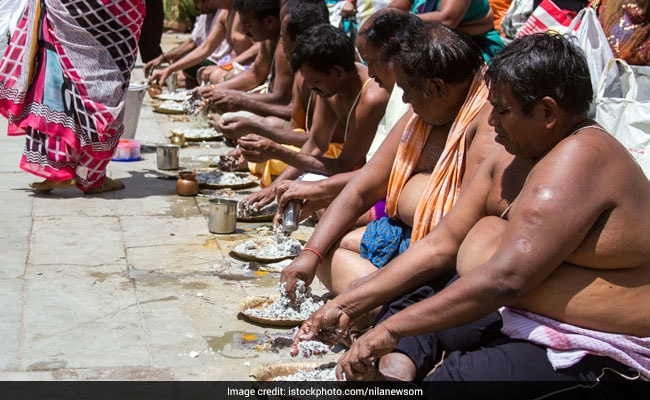 During the period of Shradh, Hindus generally observe an all-vegetarian diet

Shradh or Pitru Paksha is a 16-day lunar period in the Bhadrapada month of the Hindu calendar, preceding Navratri.  During the Shradh or Shraadh, Hindus remember their ancestors and pay homage to their departed souls. They pray for their deceased ancestors by organizing pujas and offering food to priests and Brahmins. This year, Shradh starts on 5th September 2017. As per the Hindu Panchang, Shradh or 'Pitra Paksha' is observed from the 1st Tithi of the Ashwin Maas and continues till New Moon day (Amavasya) also known as Sarvapitri Amavysya (which falls on 19th September 2017).

It is believed that the God of Death Yama explained the importance of Shraadh performed on Pitri Paksha. Hindu Scriptures like the Agni Puran, Garuda Puran and Vayu Puran have spoken abouth Shradh and its importance for the peace of the departed souls. According to Hindu belief, Shraadh is a kind of a Karmic debt we owe our ancestors. The souls of our three preceding generations reside in Pitru-Loka, which is considered to be a realm between heaven and earth. This realm is led by the god of death, Yama. Here, our ancestors are not able to get relief from the sensory demands of the body such as hunger, thirst, heat and pain. Only the Poojas and offerings of their succeeding generations can relieve and liberate them of this condition and help them gain entry into heaven. If the rituals aren't done properly, it is also believed that the departed may curse their successive generations, which can result in Pitra Dosh, bringing hindrances in their day to day life and work. 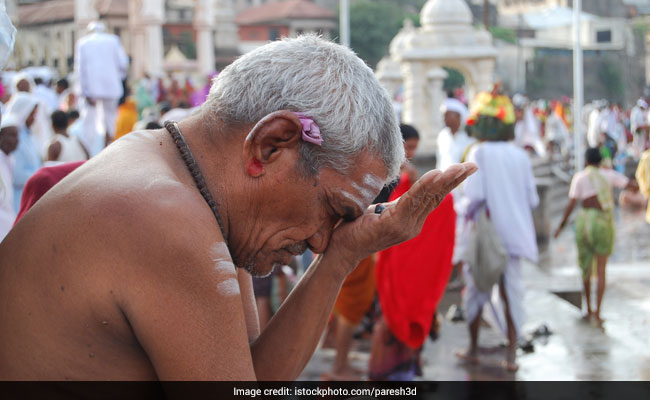 During the period of Shradh, Hindus generally observe an all-vegetarian diet. They offer food to a group of Brahmins after the Pitri Puja. They are also offer a 'Mahadaan' which includes a pair of new clothes, fruits, sweets and dakshina, for it is believed that whatever is given to the priests reaches the ancestors. The ritual of donating something to the poor and the needy is also observed during Shradh. The rituals of Shradh are generally performed by the eldest son or the eldest male member of the family.

Why People Abstain from Eating Non-Vegetarian Food During Shradh

Meat, chicken, eggs and stale or rotten fruits or grains should not be used for the Shraadh pooja and the Shradh offerings. This period is dedicated to the ancestors, hence one must abstain consuming non-vegetarian food items and alcohol, as they are not only considered inauspicious, but they are also regarded as worldly pleasures that may in the way of liberating the soul of the ancestors (pitra) from the cycle of Birth and Death and hinder their salvation. Not following this custom may also provoke the wrath of ancestors, and bring about Pitra Dosh.

Some Hindu shastras also warn against consuming food with ingredients like onion and garlic which are believed to 'tamasic' in nature and thus, they interfere with and influence our senses. During the period of Pitru Paksha, one is advised to avoid eating food prepared with using these two ingredients.

During the Pitri Pooja, before offering foods to the ancestors and the Brahmins, the food is offered to Lord Vishnu which is then given to the ancestors and Brahmins. It is believed to be a sin to offer any foods that have meat, eggs or alcohol to the Lord. There are verses in Vedic Shastras like Srimad Bhagavat which mention that during the Shraadh period one should never offer meat nor should one eat meat. Only vegetarian food must be offered because meat is obtained by killing animals and this could amount to 'adharma'.Some Shastras also note that only vegetarian food prepared with pure butter, desi ghee, milk, sugar and curd must be offered to the Ancestors, and only such sattvic foods should be used and consumed during this period. Therefore, one must not only avoid offering meat but also avoid eating it while observing the rituals of Shradh.

Promoted
Listen to the latest songs, only on JioSaavn.com
Comments
shradh 2017Shradh