Pitru Paksha: Find Out Why People Pay Respect To Ancestors During This Period

Pitru Paksha 2021: This year, it begins on September 21 and ends on October 6. The last day of Pitru Paksha is Sarva Pitru Amavasya or Mahalaya Amavasya. 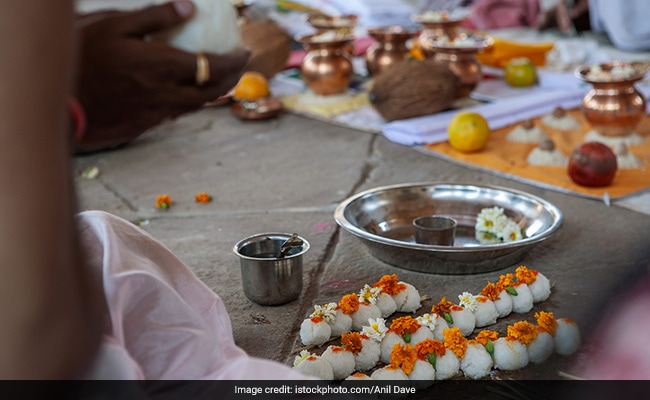 Pitru Paksha marks the start of the waning phase of the lunar cycle. (File)

History and culture have always occupied a very significant place in our lives. In Hindu tradition, about a fortnight is reserved for paying homage to the ancestors every year. This 16-day period is known as Pitru Paksha, or shradh in the Chaturmas period. It is believed that the soul wanders in various worlds after a person dies. To ensure it finds peace and tranquility and blesses those who are alive, people perform shradh rituals and repay their debts to the dead ancestors. Pitru Paksha begins after Purnima Tithi (full moon day) in Ashwin month, Krishna Paksha.

This year, Pitru Paksha begins on September 21 and ends on October 6. The last day of Pitru Paksha is Sarva Pitru Amavasya or Mahalaya Amavasya. It is considered to be the most significant day during the period.

The word is derived from two Sanskrit words — “sat” (truth) and “adhar” (basis). Therefore, shradh refers to the offering made with utmost "shraddha" or devotion.

Pitru Paksha marks the start of the waning phase of the lunar cycle. During this period, various rituals are carried out to pay respects to the dead. As mentioned earlier, it is believed that those who don't find peace in death, their soul wanders around the Earth to check on their family members. To ensure that they attain Moksha (salvation, getting free from the cycle of life and death), people perform pind daan (offering food to the soul). According to astrology, people who suffer from pitru dosha (curse of the ancestors), repent. They perform shradh rituals and offer food to the crow.