Trash your energy drinks and protein bars, because beetroots will be your best friends after an intense workout. According to the researchers at University of North Umbria beetroot is the new superfood that could be a great post-gym snack. 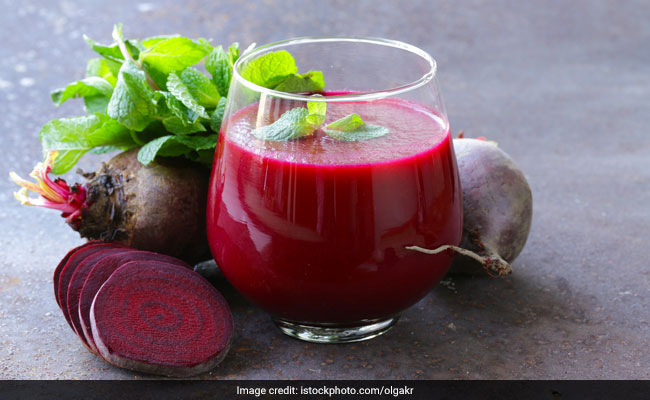 Trash your energy drinks and protein bars, because beetroots will be your best friends after an intense workout. According to the researchers at University of North Umbria beetroot is the new superfood that could be a great post-gym snack. While the root vegetable has many claimed health benefits, especially for the body and brain, research shows that it also helps muscles recover after intense workouts. The scientists at the University conducted research with at least 30 physically active men between the ages of 18 and 28 years, who work out at least twice a week.

The study had the participants do 100 intensive jump exercises. Considering their exercises were intense, they caused muscle damage in their legs. Over the next three days, the men were required to drink either 250 milliliter beetroot juice or placebo. The placebo had same calories and carbohydrate content as beetroot juice.

Dr. Tim Clifford who led the study claimed that three days of consuming the higher beetroot juice dose enhanced participants. Those in the beetroot juice group jumped an average of 18 percent higher than those in the placebo group two days after completing the exercise bout. Both beetroot groups saw reduced soreness and the food could be useful for those with little time between exercise sessions.

Here are other benefits of beetroots

Beetroot is known to be a great purifier. It detoxifies your body by pulling the toxins in to the colon from where they can be cleared out.

Betanin is the pigment which gives beetroot its colour and this pigment is a potent antioxidant. According to the American Journal of Clinical Nutrition, antioxidants reduce the oxidation of bad cholesterol, protect the artery walls and guard against heart disease and stroke.

Promoted
Listen to the latest songs, only on JioSaavn.com
3. Low in fat and calories

Although it has a high sugar content, it is super low in calories and is almost fat-free. Since it is loaded with fiber, it keeps you full for a longer period.