Priyanka Chopra has been in London for the shoot of Citadel 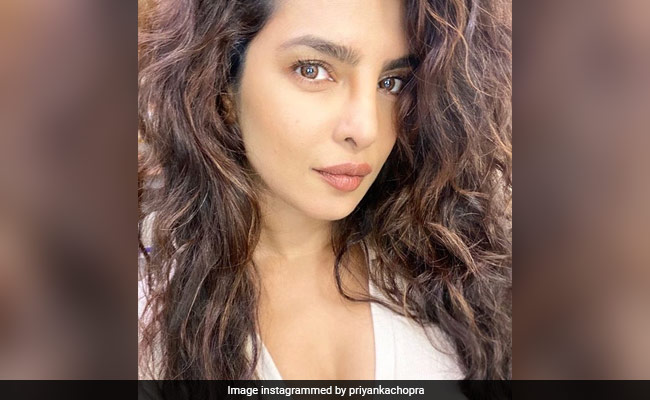 Actress Priyanka Chopra, who is currently shooting for Russo Brothers' Citadel in London, on Saturday, took the Internet by storm as she shared a stunning selfie on Instagram. The picture features the 39-year-old actress in a white dress. Keeping the caption of the post simple, Priyanka Chopra just wrote: "#Selfiemode #Citadel." Priyanka looks as gorgeous as ever in the picture and we absolutely love it. Looks like there's someone else too who is smitten by Priyanka Chopra's stunning selfie. Yes, you guessed it right, we are talking about Priyanka's husband, singer Nick Jonas, who has been staying at his home in America while Priyanka has been in London. Nick Jonas showered love on Priyanka's selfie by dropped a fiery comment on it. "You're hot," he wrote in the comments section of the post. Not just that, Nick also added a heart-eyed emoji to his comment.

As mentioned above, Priyanka has been in London for quite some time now. She even ringed into her 39th birthday last month in London. But looks like distance doesn't affect Priyanka and Nick's romance at all. Last month, Nick marked Priyanka's birthday with an adorable Instagram post. He shared a beautiful solo picture of Priyanka on Instagram and wrote: "Happy birthday my love. You deserve all the happiness in the world. Today and every day. I love you."

Last month, Nick also marked the day when he proposed to Priyanka three years ago. He shared a picture featuring himself and Priyanka from the day. The picture features Priyanka wearing the engagement ring. "3 years ago today," Nick Jonas wrote in the caption of the post. Priyanka Chopra made it all the more adorable as she thanked Nick for asking her to marry him in the comments section. "Thank you for asking jaan," Priyanka commented on the post.

Coming back to Priyanka's work life, she was last seen in Netflix's film The White Tiger. Besides Citadel, she will also be seen in Matrix 4 and Text For You.