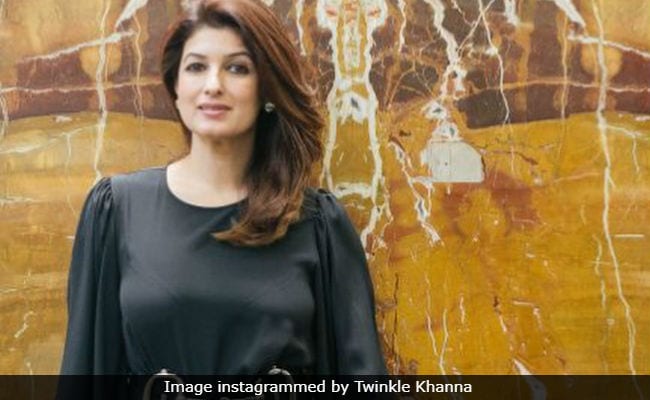 Curious to know more about Twinkle Khanna's new book? Wish granted. The actress-turned-author shared a sneak peek - a picture of the first page - of her upcoming book Pyjamas Are Forgiving on Twitter. "Let's start at the very beginning... #sneakpeek #pyjamasareforgiving," she captioned the post. Pyjamas Are Forgiving is Twinkle Khanna's third book after hugely successful Mrs Funnybones and The Legend Of Lakshmi Prasad. Twinkle's first book was a compilation of the columns she wrote for a leading daily while her second book was a collection of short stories - one of which was adapted into a film (PadMan).

Did you just zoom in to read the first page?

Twinkle Khanna's Pyjamas Are Forgiving is releasing in September, she earlier tweeted.

Out in early September and I am going to be crossing my fingers and toes for the next few months :) Pre-order Pyjamas Are Forgiving at Amazon: https://t.co/YbCffMadWy | Flipkart: https://t.co/WrpyYwfB4u@juggernautbookspic.twitter.com/LwMrqzREqg

Twinkle Khanna is married to actor Akshay Kumar and they are parents to son Aarav, 13, and five-year-old daughter Nitara.

Twinkle Khanna recently started her production house named Mrs Funnybones Movies, and her first project under it was PadMan, starring Akshay Kumar. The R Balki-directed film was quite successful at the box office.