Twinkle Khanna Asks Fans To Spot Stars In This Pic, 'There's One, It's You,' Says The Internet

Here's how Twinkle Khanna kept her fans busy on Instagram 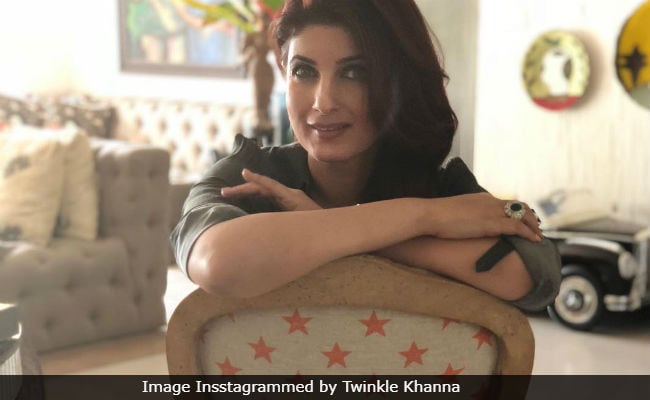 Twinkle Khanna kept her Instafam engaged on Tuesday evening by asking an interesting question. Twinkle shared a picture of herself on Instagram seated in a chair with stars printed all over it. "How many little stars can you spot in this picture?' and accompanied the post along with the hashtag "#Twinklingaway," she captioned the post (nice play of words there, Twinkle). The comments section was flooded with interesting remarks such as "There's just one star and it's you" and "I only spot a huge twinkling star." Bollywood actress Tisca Chopra also commented on the post and wrote: "Can see only one wicked, chucking at all the comments that she will read." Twinkle Khanna's post received over 70,000 likes on Instagram.

How many little stars can you spot in this picture :) #TwinklingAway

And this is what Tisca Chopra commented.

How many stars did you spot?

Twinkle Khanna is known for her writing prowess and she is the author of best-selling books such as Mrs Funnybones and The Legend Of Lakshmi Prasad. She awaits the release of her third novel, titled Pyjamas Are Forgiving. The 43-year-old author frequently gives her fans a sneak peek into her upcoming book.

Check out some of her posts here:

Pyjamas are Forgiving - Sneak Peek! Welcome to Shanthamaaya Sthalam where life is regimented and shots of ghee and cow's urine are surprisingly easy to come by! #pyjamasareforgiving

"Pyjamas are forgiving in nature, it's jeans that really know how to hold a grudge"

Pyjamas Are Forgiving #bookquote Preorder on Amazon and Flipkart