Twinkle Khanna Reveals What Happens When She Goes Into 'Millennial Mode' 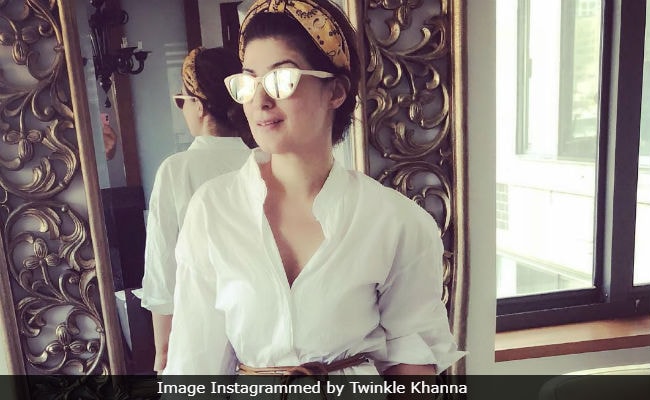 Do you know what happens when someone from "Gen X goes into "millennial mode"? They end up posting pretty pictures of coffee. At least that what Twinkle Khanna does. On Wednesday, Twinkle shared a picture of her coffee mug on Instagram and needless to say, she summed up the picture in the best possible way. Twinkle wrote: "When Gen X goes into millennial mode - I should be at my desk but am too busy posting pretty pictures of coffee." Apart from Twinkle's humorous caption, another element that caught the attention of Mrs Funnybones' Instafam was her pretty coffee mug. The post garnered comments from not only from fans but also actress Huma Qureshi and designer Farah Khan Ali who wrote: "love" and "I want" respectively.

When Gen X goes into millennial mode-I should be at my desk but am too busy posting pretty pictures of coffee :)

Anyone who has been following the author on social media would know that subjects such as coffee and Gen- Z are often mentioned in her captions. Remember the post in which the 43-year-old author talked about "clout" (oversized white sunglasses) and how she tries to keep up with generation Z ? Twinkle wrote: "I thought these were just plain, white glasses but the teens in our group inform me that these are called clout or sound cloud rapper glasses - Gen Z seems to know a lot about nothing."

I thought these were just plain,white glasses but the teens in our group inform me that these are called 'clout' or soundcloud rapper glasses - Gen Z seems to know a lot about nothing :) #TryingtoKeepUpWithGenZ #clout

And how can we forget to mention the meme that she shared about a writer's desk, along with the caption: "A spoonful of despair mixed with tepid coffee and my ruthless editor's face with two darts sticking out?

#Writers, what's on your desk? pic.twitter.com/Xi5tP8ruly

Twinkle Khanna is the author of best-selling books Mrs Funnybones and The Legend Of Lakshmi Prasad. Her third book Pyjamas Are Forgiving is a novel and it is scheduled to release in September.

Twinkle is also a celebrated columnist and a former Bollywood actress.