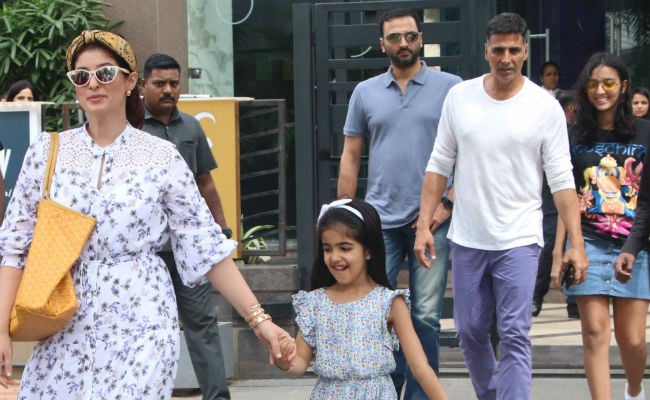 Akshay Kumar kept Sunday afternoon free for his wife Twinkle Khanna and their daughter Nitara, 5. They went for a lunch date at a restaurant in Mumbai's Bandra area and were also accompanied by Twinkle's friend Anu Dewan and her family. Akshay, Twinkle and Nitara have been pictured outside the restaurant. Twinkle Khanna was casually dressed in a white outfit, which she paired with a trendy hairband, yellow bag and sneakers. Nitara too wore a white frock and a matching hairband. The mother-daughter duo were twinning in different shades of white and also wore similar sneakers. Akshay and the Dewans followed Twinkle and Nitara as they left the restaurant.

Take a look at Akshay, Twinkle and Nitara's Sunday outing pictures. Akshay and Twinkle's son Aarav didn't accompany his family for the lunch. 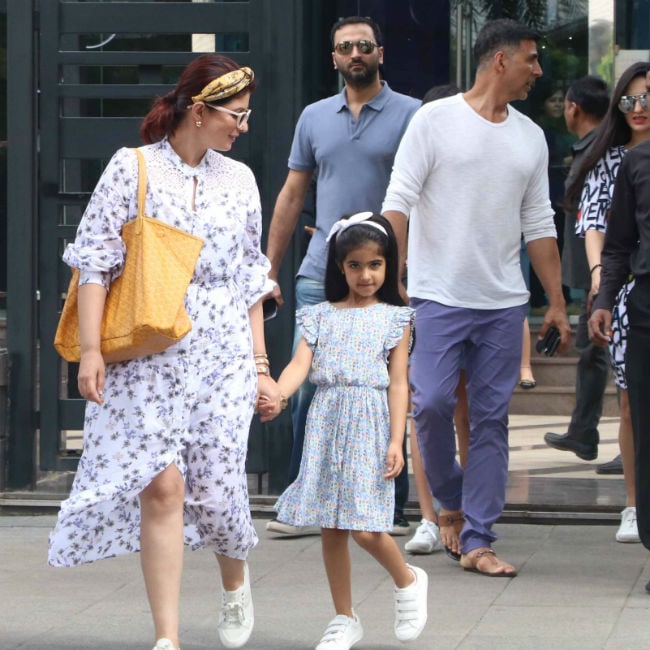 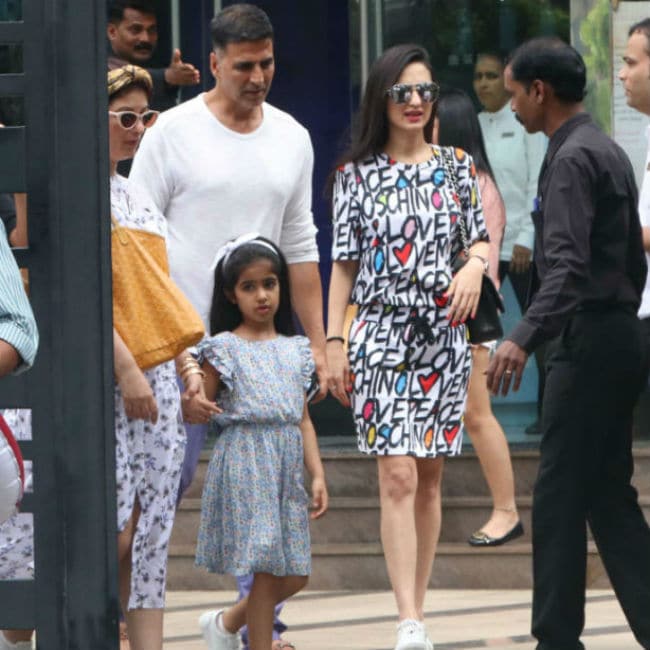 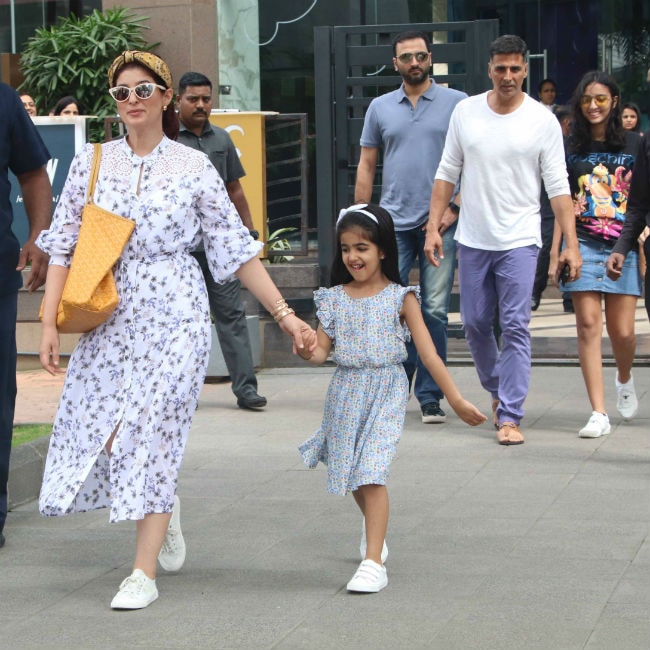 Akshay, Twinkle, Aarav and Nitara recently returned for a month-long vacation from Europe. Twinkle had documented their holiday on Instagram with several pictures. Take a look.

I wish he looked at me the way he is looking at his green tea creme brlée :)A tiny restaurant with the most delicious food #Titu #hiddengem

Akshay Kumar, 50, and Twinkle Khanna, 43, have been married since 2001. Akshay Kumar was last seen in PadMan, produced by Twinkle. He is now prepping for the release of Gold. Kesari and Rajinikanth's 2.0 are Akshay's upcoming films. 2.0, in which he plays the prime antagonist, will mark his Tamil debut. Akshay recently completed the London schedule of Housefull 4.

In 2017, he won the National Award for Best Actor for his work in Rustom. Twinkle Khanna, a former actress, is a best-selling author and recently completed her third book.