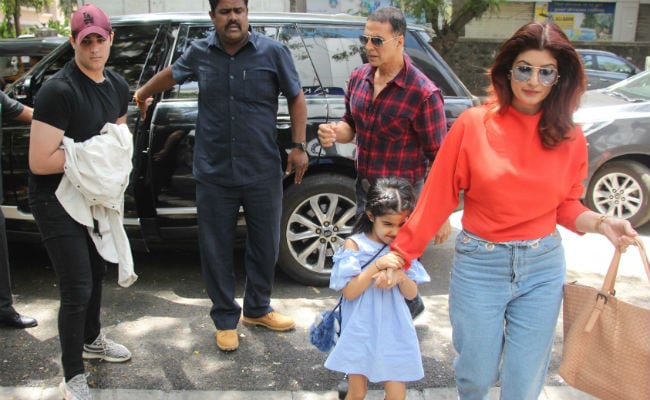 Akshay Kumar and Twinkle Khanna photographed with Aarav and Nitara

New Delhi: Star couple Akshay Kumar and Twinkle Khanna took their children Aarav and Nitara out for a lunch date on Sunday. The family of four were photographed outside a suburban restaurant in Mumbai's Bandra, where Hrithik Roshan and his ex-wife Sussanne Khan also went with their sons. Akshay and Twinkle's daughter Nitara was seen holding her mother's hand and tried to hide her face from the paparazzi lined-up outside the restaurant. She looked cute in a light blue dress. Twinkle wore a bright red top and blue denims for the lunch date while Akshay and Aarav were casually dressed. Akshay and Twinkle also posed for the shutterbugs.

Here are Akshay, Twinkle, Aarav and Nitara's pictures from their Sunday outing. 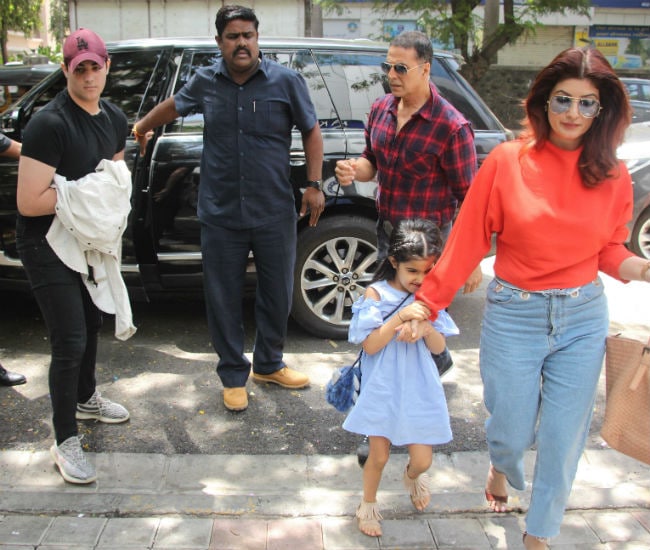 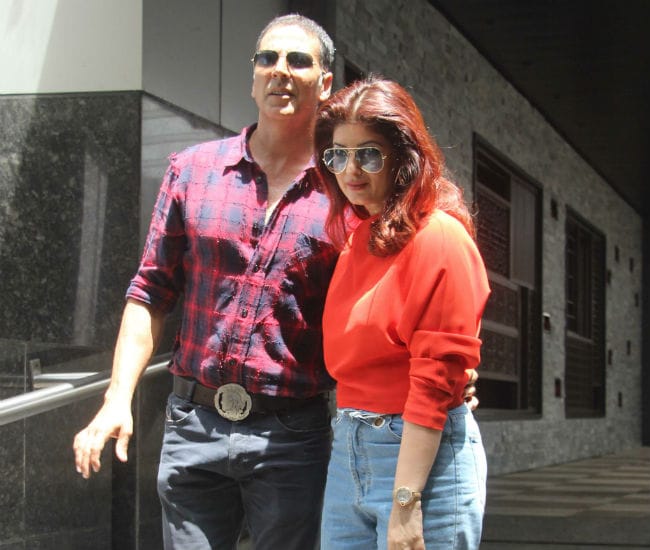 Akshay and Twinkle posed for the paparazzi

Promoted
Listen to the latest songs, only on JioSaavn.com
Hrithik Roshan, Sussanne Khan and their sons Hrehaan and Hridhaan were joined by Swades actress Gayatri Oberoi and her family for the lunch. Hrithik wore a black and white stripped pullover while Sussanne looked lovely in black. Gayatri and her husband Vikas often accompany Hrithik and Sussanne for parties and vacations. 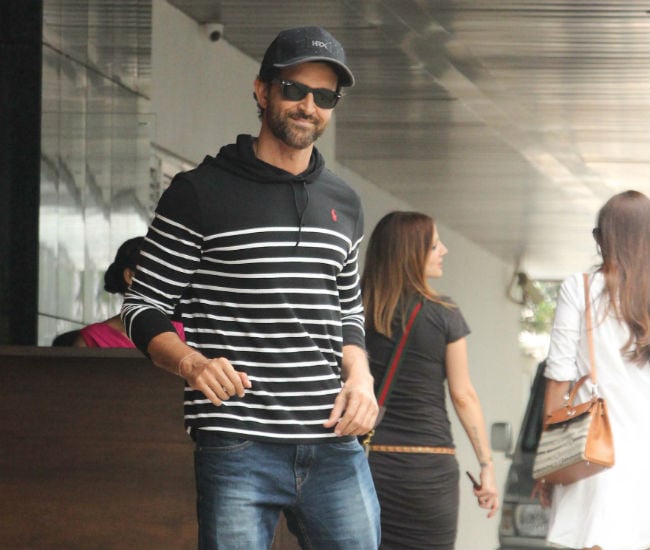 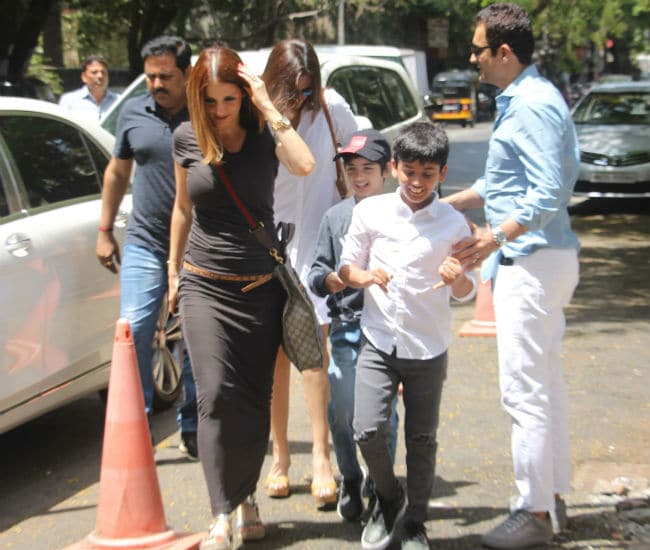 Hrithik Roshan, 44, and Sussanne Khan, 39, married in 2000. Hrehaan, 11, and Hridhaan, 9, are the couple's children. Hrithik and Sussanne got divorced in 2014. However, they maintained a cordial relationship and often go together for holidays with kids and are spotted at various parties and family functions.