World Environment Day 2021: Janhvi Kapoor Is A Sight To Behold In These Pics. See Here

World Environment Day Is Celebrated on June 5 every year 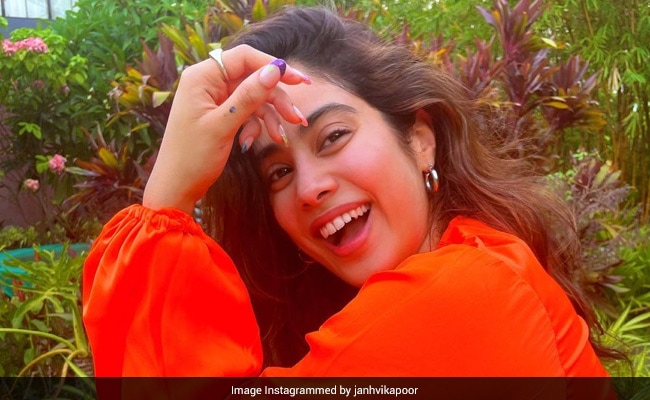 Janhvi Kapoor loves the camera, and the feeling is mutual. Proof? The 24-year-old actress' fabulous Instagram feed. Janhvi Kapoor, on Saturday, dropped a bunch of new pictures on Instagram. The new pictures come in the light of the World Environment Day. Sticking quite well to the theme of World Environment Day, Janhvi Kapoor can be seen posing in the middle of a lush green garden. While one picture features her sitting and smiling, other two pictures capture the actress as she lays down in the garden. We cannot stop obsessing over the colourful aesthetics of the picture. While the background is green, Janhvi can be seen dressed in a bright red outfit. She can be seen wearing shorts and a matching bralette with it. Janhvi Kapoor completed the look with a matching shrug.

Sharing the pictures on Instagram, Janhvi wrote: "May we start to walk lightly on this earth the way that other creatures do. May we recognise that our environment is the one thing that we all share."

The post received scores of comments from the fans of the actress. Fashion designer Manish Malhotra also left a comment on the post. Manish's comment was quite simple as it constituted of heart and fire emojis.

It is not just Janhvi, who is spending time in the nature's lap today. Janhvi's sister Khushi Kapoor also dropped a pretty picture of herself on Instagram. In the sunkissed picture, Khushi can be seen wearing a fresh yellow flower in her hair. Khushi kept the caption of her post simple and added a flower and fruit emojis to it.

Coming back to Janhvi Kapoor, the actress was last seen in horror-comedy Roohi. She has an impressive array of projects lined up for her. She will next be seen in Karan Johar's Dostana 2. She will also be seen in Sidharth Sengupta's Good Luck Jerry.