Read inOther Languages
This Article is From Jun 12, 2020

"Work Is Important But Not At The Cost Of Life": Shakti Kapoor Says He Won't Let Shraddha Resume Filming Just Yet

"It will be very chaotic if people start shooting now," said Shakti Kapoor 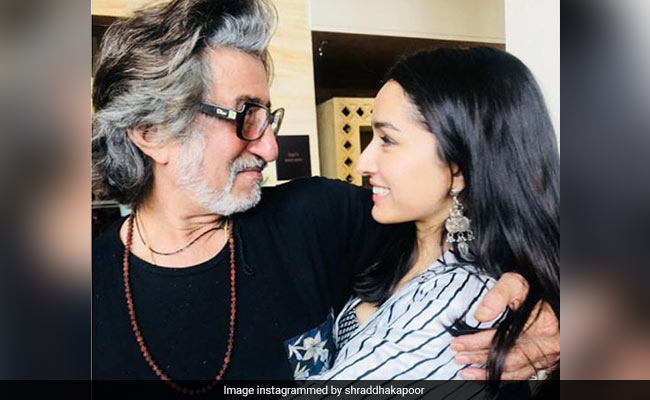 Film and television projects have been given the green light by the Maharashtra government to resume work from next month after the coronavirus lockdown but at least one actor is not going back on set anytime soon. Shakti Kapoor told ETimes that he has no intention of letting his daughter Shraddha go back to filming for a while. He may not have to because filmmakers are still trying to work out how to resume shoots while also complying with the restrictions set by the Uddhav Thackeray government - Maharashtra is the worst-hit of the states in the COVID-19 pandemic - and the Producers Guild has reportedly requested for a revision of the rules.

Be that as it may, Shakti Kapoor has declared his intention of erring on the side of safety where Shraddha is concerned. Nor will he return to work himself. "I will not go out and work for now, nor will I allow my daughter Shraddha to resume work. I don't think the threat is gone. I feel the worst is yet to come. I won't let my children out for now. I know work is important but not at the cost of one's life. It will be very chaotic if people start shooting now," Mr Kapoor told ETimes. Shakti Kapoor's son Siddhanth is also an actor.

While most work-in-progress projects are still on hold, a handful have announced a return to filming. Mumbai Mirror reported this week that the John Abraham thriller Mumbai Saga will resume shooting next month, moving filming from Mumbai to Hyderabad's Ramoji Rao Film City. Director Sanjay Gupta told the publication that the cast, which also includes Emraan Hashmi, Jackie Shroff and Suniel Shetty, have agreed to return to work.

However, Shakti Kapoor advocates caution. "I tell industry people in our group that it is better to wait than pay hospital bills. It is still a very bad state of affairs outside," he said in his interview to ETimes.

The nationwide lockdown that was imposed in the later half of March not only brought production to a grinding halt, it also delayed several ready to release projects. Shraddha Kapoor's Baaghi 3 was among the last films to have opened in theatres; she is believed to have been prepping for a film co-starring Ranbir Kapoor and directed by Luv Ranjan. Some films that were on the brink of release have opted to premiere on OTT platforms, such as Gulabo Sitabo, starring Amitabh Bachchan and Ayushmann Khurrana, which is now streaming on Amazon Prime Video.

Shakti Kapoor, who is known for playing both villainous and comic roles in films, will next be seen in Priyadarshan's Hungama 2, a sequel to the director's 2003 hit Hungama.