"There is a lot of fear in our heads. This virus is not going away. It is staying so we have to be careful," said director Shoojit Sircar 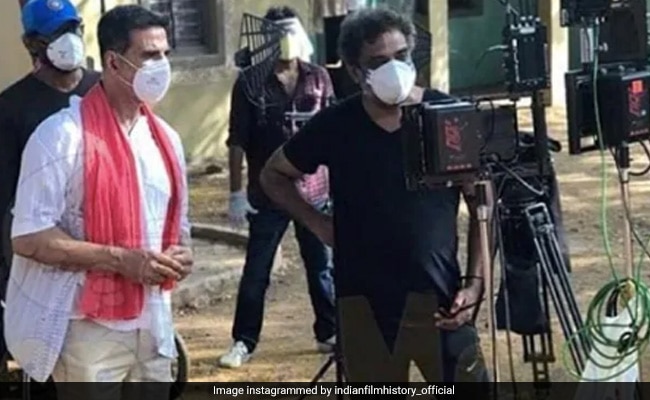 The Maharashtra government has given its go ahead but production houses and filmmakers are confused about how to resume shooting movies, TV serials and OTT shows within the strict dos and don'ts framework imposed on them. It might be some time before the entertainment industry buzzes back to life with the action cry of "lights, camera, action," said filmmakers as they warily plan their way out of the lockdown that paralysed their businesses, led to crippling financial losses and joblessness for lakhs of people, reported news agency PTI. From tailoring scripts to suit social distancing norms and pruning the number of people on sets to cutting back on outdoor shoots and managing budgets, the challenges are many.

While the lockdown, which was announced on March 24, has been relaxed in many parts of the country, except containment zones, the number of COVID-19 cases continues to spiral. The number of cases has gone up to 2,26,770 and the death cases to 6,348, according to the Union Health Ministry on Friday. Maharashtra tops the states' tally with 77,793 cases.

"There is a lot of fear in our heads. This virus is not going away. It is staying so we have to be careful. In the coming days, we will start with smaller films that have one-day or two-day shoots and with commercials to see how it goes. We have to keep experimenting," Piku director Shoojit Sircar told PTI.

With projects stuck at various stages of production, costs are mounting but it has to be wait, watch and understand the new realities of the times. In its guidelines for film and television crews, the state government said on Sunday that work can resume in non-containment zones but with only 33 percent of the usual 200 plus crew. An ambulance, doctors and nurses and temperature monitoring is compulsory. Besides, no actors or crew members above the age of 65 and children are allowed on the sets.

While many filmmakers welcomed the government's decision, they also said the restrictions make it impossible to shoot a crowd scene or an elaborate dance number. Ashoke Pandit, president of Indian Film and Television Directors' Association (IFTDA), said some of the guidelines are difficult for producers to follow.

"On an average, there are 65-70 sets a day in Mumbai. How can you have that many ambulances and doctors there when they are in shortage?" he asked. He also finds the age restriction discriminatory for artistes as well as crew members. "How can you do that? This way, actors like Amitabh Bachchan, Mithun Chakraborty and Anupam Kher can't work. There are senior technicians of that age. Everyone has the right to work and while we all are concerned about our health. This seems impractical," he said.

The association, he said, has written to Chief Minister Uddhav Thackeray requesting changes in the guidelines. Director Anees Bazmee, who was shooting the Kartik Aaryan-starrer Bhool Bhulaiya 2 in Lucknow when the lockdown was announced, said it will require a lot of planning to work with a minimum staff.

"We had about 350 to 400 people on the sets in Lucknow. It was an outdoor shoot so we required people to manage the crowd besides technicians and carpenters in huge numbers and the usual set of junior artistes, actors' personal staff, spotboys and camera people.

"Now with the guidelines, we will have to use one-third of the staff and it will be difficult to manage work in a way and will require a lot of planning," Anees Bazmee told PTI. Crowd scenes, he added, will be impossible to shoot now. And managing scripts and story scenarios without them will be a creative challenge for writers and directors. "There will be a rise in budget but it is necessary to have all the measures in place. Producers have a lot of money riding on a film so one has to begin work someday," he said.

Though there are no official figures, losses due to the stalled and unreleased projects run into many crores of rupees. Several lakhs of people depend on the entertainment industry for their livelihood. The Federation of Western India Cine Employees (FWICE), a parent body of 32 different crafts of workers and technicians, alone has more than five lakh members. T Series head Bhushan Kumar said they will resume work only when they are sure about the security of the cast and crew.

"We are planning on starting shooting films which need patchwork or limited days of shootings right now. But we will go to shoot only when we are satisfied and completely sure of the shoot location and that the environment is safe for the cast and crew to work in. We are still figuring safety measures but planning to start work on Jhund, Bhuj and Mumbai Saga," Bhushan Kumar told PTI.

Director Akarsh Khurrana was ready to begin shooting his new film Rashmi Rocket with Tapsee Pannu when the lockdown was announced. Now, he is discussing how to implement the guidelines and whether it is at all possible to shoot with all the restrictions. "Everyone is eager to shoot but our film requires a fair amount of outstation shooting so a lot of things will have to be considered," Akarsh told PTI. "We were to shoot in stadiums, open air houses in villages. It is not something we can do it on a set ...we will have to consider a lot of things now," he added.

Producer Jayantilal Gada said he is no hurry. He has two big films on the anvil - Sanjay Leela Bhansali's Gangubai Kathiawadi and John Abraham's Attack. "We can manage dates, we have big artistes, the unit will be a little big so we are not in a hurry in any way. We will see how TV shoots are being conducted and managed... note their experience and then film shoots will start. We will have to manage with fewer people and that will require planning," Jayantilal Gada told PTI. Mr Gada believes the budget will rise by 10 percent but fewer crew will offset the costs.

The TV industry, on its part, is also working out the logistics. Asit Modi, the producer of Taarak Mehta Ka Oolta Chashma and Binaifer Kohli of Bhabhiji Ghar Par Hain said it will be challenging to resume work even though the permissions have come through. "We are discussing with our team and TV channels and deciding how to go ahead keeping in mind the guidelines. We will have to follow the procedure first, take permission from the Film City. The work (process) has begun and we hope to begin soon," Asit Modi told PTI.

"TV shoots should begin in 15 to 20 days and for my show. I can't say anything till the meeting happens. We can't compromise on anything so it is going to be tough. We will work our way out," Kohli added.