On Women's Day, Nick Jonas wrote for Priyanka Chopra, "This incredible woman is a beacon of light and inspiration to so many all around the world" 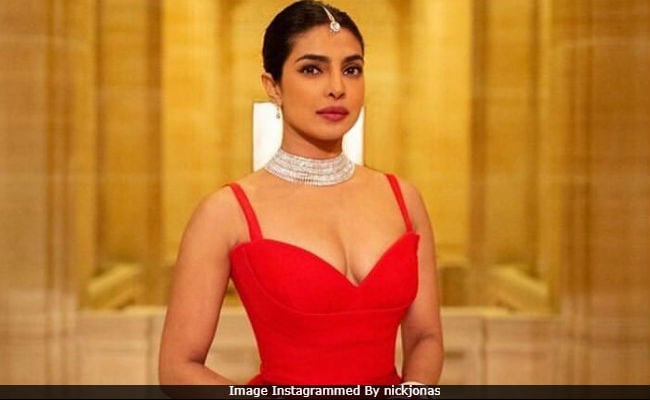 A late post on Women's Day was shared by Nick Jonas, but the message it carried is winning the Internet. Of course, the post is dedicated to his actress wife Priyanka Chopra and the message read, "Happy International Women's Day to all the amazing women out there. This incredible woman is a beacon of light and inspiration to so many all around the world. I love you." Along with the heartwarming post, Nick shared a solo picture of Priyanka from one of their wedding rituals, in which she can be seen wearing a red gown, along with a diamond set, a maangteeka and bridal chooda.

"You are a blessed man my son," read a comment posted by Nick's mother Denise Miller-Jonas. Within just three hours, the post got over 7 lakh likes and counting.

Happy #internationalwomensday to all the amazing women out there. This incredible woman is a beacon of light and inspiration to so many all around the world. I love you @priyankachopra

(What's that puddle on the floor? Oh, it's your heart).

Nick Jonas and Priyanka Chopra married in a two-part wedding ceremony in December in Jodhpur. The functions were attended by only family members and close friends. First, the couple married as per Christian rituals and a day later, they took their wedding vows in a Hindu ceremony.

Priyanka Chopra, a former beauty queen, is one of the most successful stars in the Hindi film industry. In 2016, she shifted her base to the US after she signed up for American TV series Quantico. The actress has starred in all the three seasons of Quantico so far. 2017's Baywatch marked her debut in Hollywood and she also has A Kid Like Jake and Isn't It Romantic on her resume.

Priyanka recently returned to India to film her next Bollywood project The Sky Is Pink (her first in three years).

Meanwhile, we also saw her in the Jonas Brothers' comeback single Sucker.