Oscars 2019: Priyanka Chopra And Nick Jonas Are Totally Into Each Other At After-Party

Oscars 2019: Priyanka Chopra and Nick Jonas did not attend the main awards 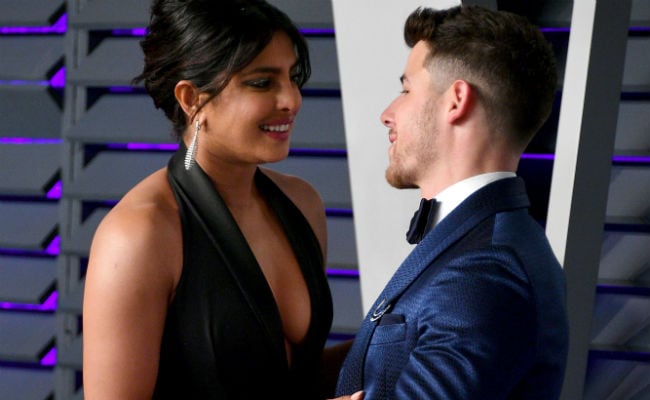 The Oscars are done but picture (read party) abhi baki hai. Priyanka Chopra and Nick Jonas were among the first to arrive at the Vanity Fair after-party hosted by the magazine's editor-in-chief Radhika Jones at Wallis Annenberg Centre for the Performing Arts in Beverly Hills. The Quantico star, who walked the Oscars red carpet in 2016, wore a stunning black Elie Saab halter gown while Nick Jonas wore a blue tuxedo. Priyanka Chopra opted for minimal accessories making her Tiffany& Co. engagement ring shine through and through. Priyanka and Nick, married for almost three months, looked love-struck at the Vanity Fair after-party.

Here are pictures of Priyanka Chopra and Nick Jonas: 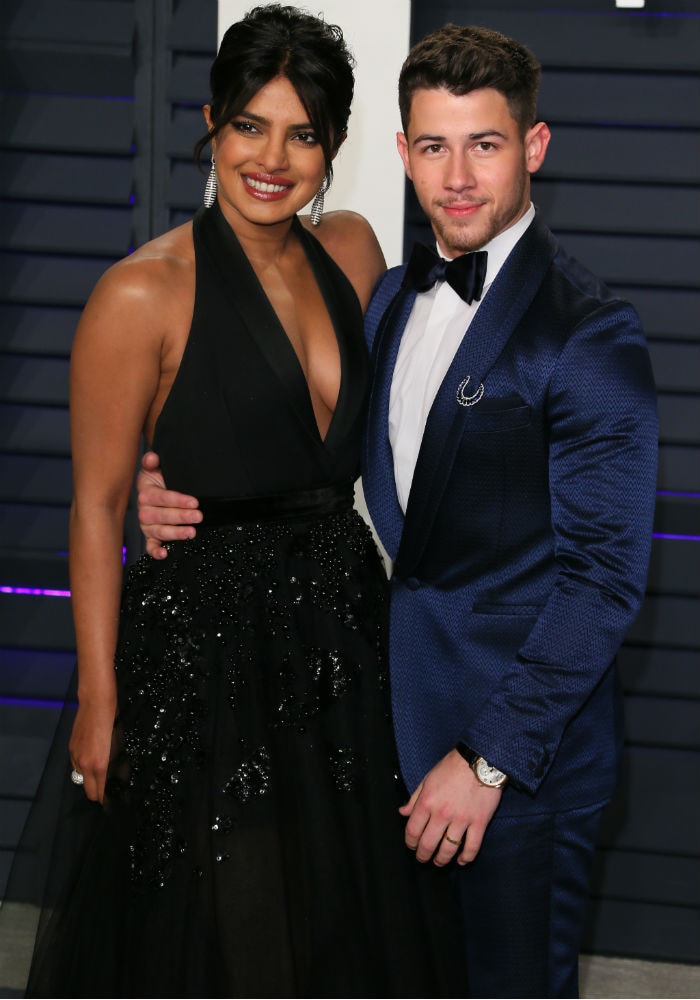 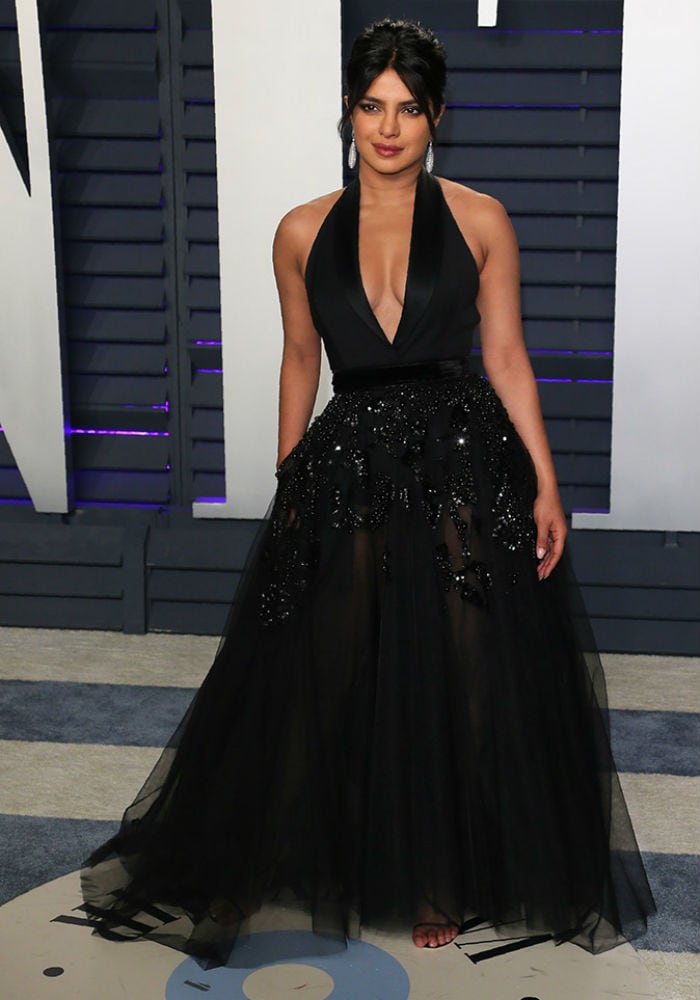 Priyanka Chopra is the happiest around Nick Jonas. 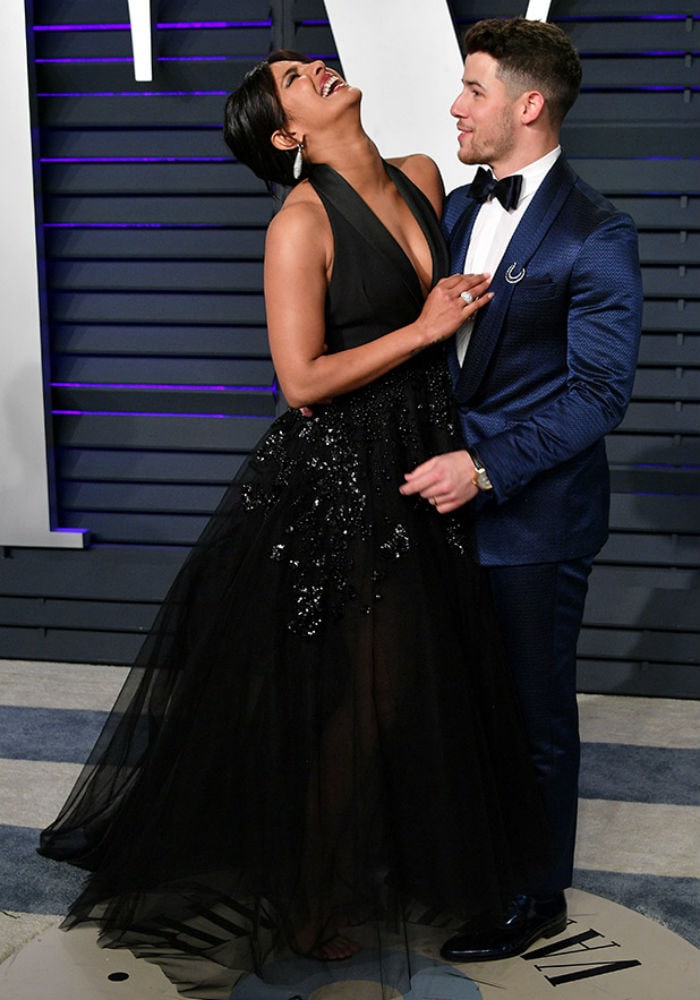 And she makes him smile too:

She makes me smile.

Before the award ceremony began on Sunday evening in Los Angeles (which is Monday morning in India), Priyanka shared a picture of herself from the Oscars 2016 red carpet to which she wore a Zuhair Murad gown. She wrote: "My first Oscars! Good luck to all of tonight's nominees! You've already won! #throwback." Priyanka Chopra also attended the premier Hollywood award ceremony in 2017 dressed in Ralph & Russo couture. She skipped the 2018 ceremony as she was apparently unwell at that time, like she had posted on her Instagram story.

On the work front, Priyanka Chopra's Isn't It Romantic? hit the screens in the US earlier this month while the film will stream on Netflix in India starting February 28. Her next Bollywood film is The Sky is Pink, directed by Shonali Bose. Nick Jonas has signed up for the sequel of 2017 film Jumanji: Welcome To The Jungle.