"Wish I Could Be More Like You," Writes Madhavan On Son Vedaant's Birthday 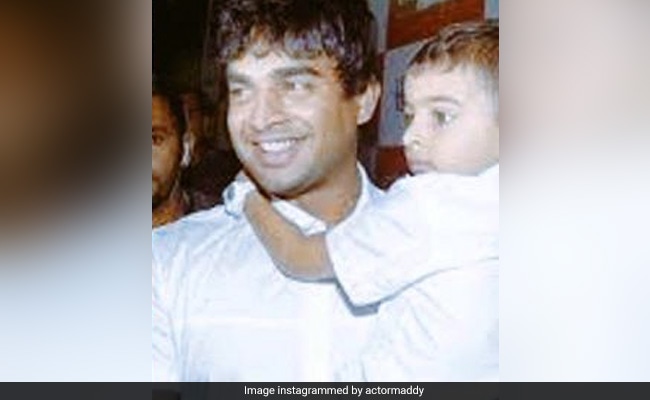 Madhavan with his son Vedaant in a throwback picture. (Image courtesy: actormaddy)

Actor R Madhavan and his wife Sarita Birje celebrated their son Vedaant's 15th birthday at their home with a few guests in attendance on Thursday night. On Instagram, Madhavan shared a collage of old and recent pictures of himself with Vedaant and wrote, "Happy birthday, my boy. You overwhelm me. I wish I could be like you." Sarita shared pictures from the cosy birthday party on her (private) Instagram account and captioned the post, "Happy birthday, son. You make me so proud... Love you loads. May all your dreams come true... wishing you a happy and healthy year ahead with loads of success ."

Here's R Madhavan's post for his son Vedaant on his birthday:

Happy birthday my boy. You overwhelm me. I wish I could be like you .

Actresses Shilpa Shetty and Bipasha Basu also posted birthday wishes for Vedaant in the comments thread. Shilpa wrote, "Happy birthday our darling Vedaant. Wishing him love, great health, many laps and more medals." Sarita Birje and R Madhavan's previous Instagram updates revealed that Vedaant is excellent in sports and he has also represented India at an international swim meet where he won a bronze medal. Earlier this year, Vedaant also enrolled in the swimming competition of the third Khelo India Youth Games held in Guwahati, Assam.

Madhavan, last seen in a supporting role in Zero, is currently busy with Rocketry: The Nambi Effect, based on the life of former Indian Space Research Organisation (ISRO) scientist Nambi Narayanan, who was falsely accused of espionage and arrested. The charges against him were dismissed by the Central Bureau of Investigation in 1996, and the Supreme Court of India declared him "not guilty" in 1998.