R Madhavan And Simran Bagga Reunite After 17 Years For Rocketry: The Nambi Effect

Rocketry: The Nambi Effect is produced and directed by R Madhavan under the banner of Tricolour Films 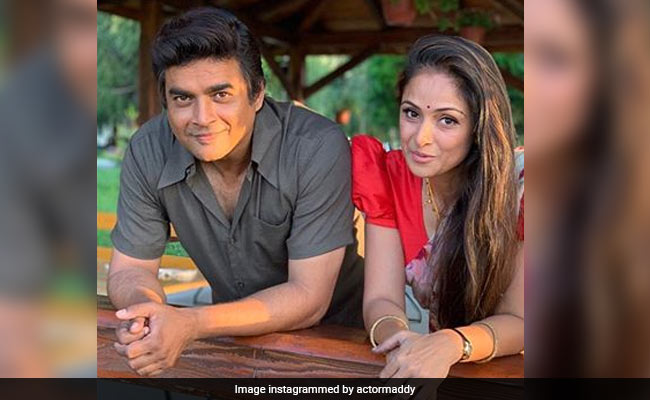 R Madhavan and Simran Bagga are all set to recreate the magic of their chemistry after 17 years in Rocketry: The Nambi Effect, a biopic on scientist Nambi Narayanan. Madhavan and Simran, who earlier shared screen space in K Balachander's Tamil film Paarthale Paravasam (2001) and then in Mani Ratnam's 2002 film Kannathil Muthamittal, will play husband-wife in the biopic. The 49-year-old actor's latest post, in which he shared the good news along with a collage of photos featuring him and Simran, has sent his fans into a nostalgic high, courtesy - his caption, in which he named the characters both of them played in Kannathil Muthamittal. "15 years later... Thiru and Indira turn into Mr. and Mrs. Nambi Narayanan," he wrote in his post.

Rocketry: The Nambi Effect is produced and directed by R Madhavan under the banner of Tricolour Films. The makers last year released the teaser of the film and all we can say is that Madhavan looked perfect in the role of the aerospace engineer. In case you haven't watched it till now, take a look:

For those who don't know, Nambi Narayanan is one of the top scientists in India. He was falsely charged of espionage in 1994, which led to his arrest later. However, all the charges against him were dropped by the CBI and the Supreme Court in 1996 and 1998 respectively. He was also awarded Padma Bhushan in 2019.