Madhavan hinted that his clean shaven look is to film the portions about a younger Nambi Narayanan. 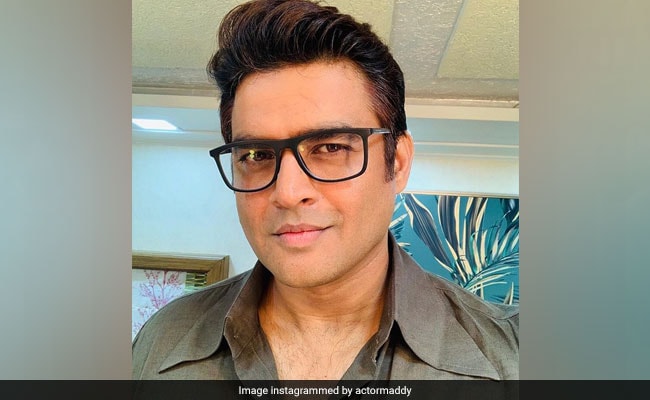 Actor R Madhavan is all set for the France schedule of his new film Rocketry: The Nambi Effect but first, a Mother's Day special post. We spotted a very different looking Madhavan on his Instagram today, courtesy a clean shaven look and the 48-year-old actor shared the story behind it. Addressing his mother, Madhavan dedicated his new look to his mom and wrote: "Happy Mother's Day, Maa. So, I finally did what you have been asking me to... Shaved after 2 years and the younger Nambi Narayanan is ready to go to France and win them." If you are struggling with the Nambi Narayanan reference, we got you covered.

R Madhavan is playing the role of ISRO scientist Nambi Narayanan in his Rocketry: The Nambi Effect, which also marks his directorial debut. In his post, Madhavan hinted that his clean shaven look is to film the portions about a younger Nambi Narayanan.

Meanwhile, Madhavan's Instagram post is flooded with comments such as: "Please tell the world how to reverse age", "Ageing in reverse" and "You've not aged by a single day." Take a look at Madhavan's Mother's Day special post here:

The film, co-directed by Anant Mahadevan, is based on the life and experiences of ISRO scientist S Nambi Narayanan, who was falsely charged with espionage and arrested in 1994. The Supreme Court of India declared him "not guilty" in 1998. Talking about his film, Madhavan recently told news agency IANS: "This film has become an obsession for me. Three years ago, Anant Mahadevan narrated me the story of Nambi Narayanan. I felt that it's story of man who has faced injustice in his life because he was jailed over false charges."

Rocketry: The Nambi Effect is scheduled to hit screens later this year.