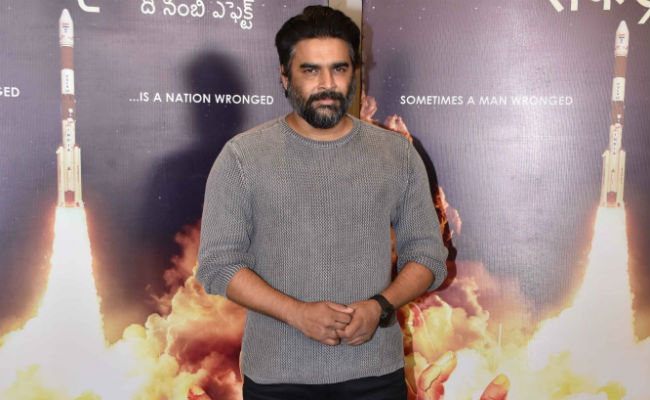 Madhavan at the event to launch the trailer of Rocketry: The Nambi Effect in Mumbai.

Actor-director R Madhavan, who is gearing up for the release of Rocketry: The Nambi Effect, feels that not knowing about scientist Nambi Narayanan is a crime. Madhavan was interacting with the media at the teaser launch of the film, along with his co-director Anant Mahadevan and former Indian Space Research Organisation (ISRO) scientist S Nambi Mahadevan, in Mumbai on Wednesday. Rocketry: The Nambi Effect revolves around the life of S Nambi Narayanan, who is an Indian scientist and aerospace engineer. As a senior officer at the ISRO, he was in-charge of the cryogenics division. In 1994, he was falsely charged with espionage and arrested. However, the charges against him were dismissed by the Central Bureau of Investigation (CBI) in 1996, and the Supreme Court of India declared him "not guilty" in 1998.

Talking about the idea of making this film, Madhavan said: "This film has become an obsession for me. Three years ago, Anant Mahadevan narrated me the story of Nambi Narayanan. I felt that it's story of man who has faced injustice in his life because he was jailed over false charges. After that, I started writing script on him and it took me seven months to write that script. When I used to meet him regarding script writing that time, he never used to talk about his achievements but as I kept talking to him, I realised I am doing an injustice with this story because I am only talking about his case." 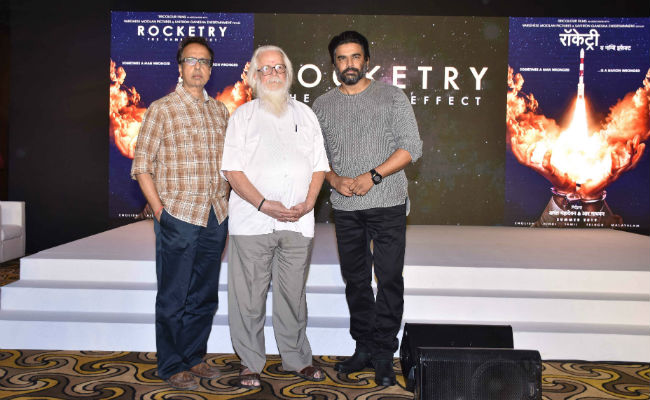 "I feel sometimes that a man wronged is a nation wronged... So, to do injustice with him (Nambi Narayanan) is like doing injustice to the country. I, therefore, threw the script which I wrote for seven months. I took another one-and-half year to write script of this film with Anant Mahadevan and other writers," he added.

Talking about the film, Anant Mahadevan said: "This is an opportunity that was given to us by a genius called Nambi Narayanan. It's an absolute shame that we do not know that a brilliant mind exists amongst us and who was on the verge of putting India on top of the global satellite map. It is also a pity that we came to know about him because of a huge controversy."

"When we met Nambi Narayanan, it was kind of education for us. We almost ended up becoming half rocket scientists after sitting at his feet and educating ourselves on the art of rocket science. We on our part are trying to make a very humble effort towards changing the way Indian cinema is, and are hopeful that India and international market would take a look at a film and a man that very few people know about and acknowledge it."

R Madhavan is playing the role of Nambi Narayanan in the film, which he is also directing along with Anant Mahadevan. The film will release in Hindi, English and Tamil.

Rocketry: The Nambi Effect is due to hit the screens in the summers next year.