Rocketry: The Nambi Effect is based on the life of Nambi Narayanan, who was falsely charged with espionage and arrested in 1994 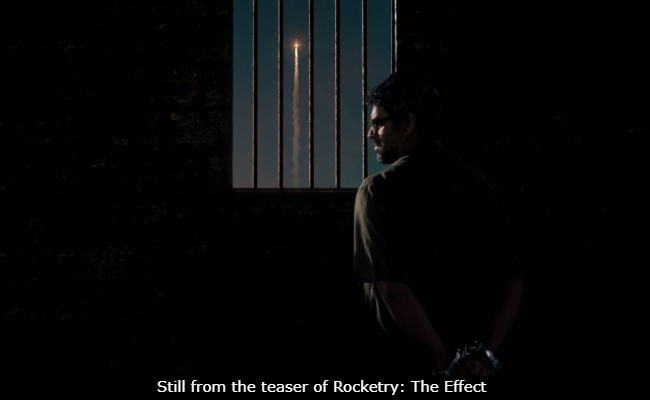 Aamir Khan's is intrigued by the teaser of his Rang De! Basanti co-star Madhavan's first film as director, titled Rocketry: The Nambi Effect. Madhavan is co-directing the film with actor filmmaker Anant Mahadevan. Aamir shared the teaser on his Twitter page and wrote: "Hey guys, check this out. Looks very intriguing to me." Madhavan stars in the lead role in Rocketry, which is based on the life of Indian Space Research Organisation (ISRO) scientist Nambi Narayanan, who was falsely charged with espionage and arrested in 1994. He was acquitted by the Supreme Court in 1998 (more about this later). In the teaser, Madhavan as Nambi Narayanan watches the successful launch of India's 2013 Mangalyaan and says that the mission could have been accomplished 20 years earlier. He says that Rocketry is the story of the 50 days Nambi Narayanan spent in jail because of which India had to pay a hefty price, one of which was the delay in the success of Mangalyaan.

Hey guys, check this out. Looks very intriguing to me.
Love.
a.https://t.co/jFGpTwQ9I4

Are you also intrigued?

Rocketry: The Nambi Effect will be made in Hindi, Tamil, Telugu, Malayalam and English and it is expected to open in theatres next year. Earlier, Madhavan shared instagrammed a video, in which he explained the importance of the film. "There are a few stories knowing nothing about which means that you know very little about your nation. Nambi Narayanan's story is one such story. Rocketry: The Nambi Effect - For those who don't know will be aware and for those who think they know this will be a revelation," he said.

Nambi Narayanan, who was in-charge of the cryogenics division in ISRO, was accused of transferring confidential documents on India's space programme to foreign countries in 1994. He was arrested in Kerala in the same year and he spent close to two months in jail. The Central Bureau of Investigation dismissed charges against him in 1996 and two years later the Supreme Court also cleared his name. Earlier this month, Mr Narayanan was given Rs 50 lakh by the Kerala government in compliance with a Supreme Court order awarding him compensation for the "mental cruelty" he suffered.

Best of luck of Rocketry, Madhavan.