Madhavan On Kamal Haasan, Crossing Over From South To Bollywood And More 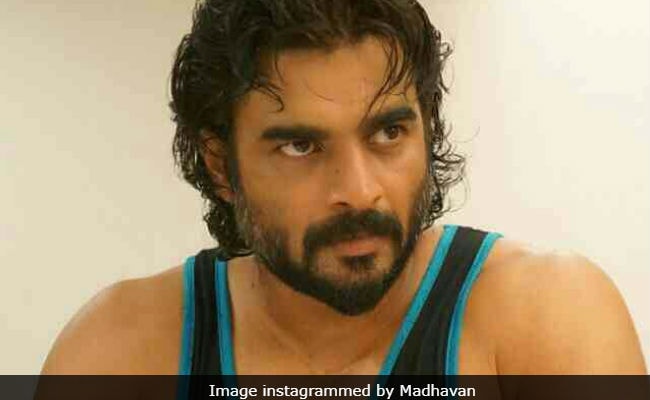 R Madhavan on the sets of a film. (Image courtesy: Instagram)

Actor R Madhavan carved a niche for himself in Bollywood after proving his mettle in the south cinema. When the 48-year-old actor was asked if actors from south face difficulties in making a place for themselves in Hindi films, Madhavan said: "I don't think that's the case... you need to have a combination of talent, hard work and perseverance to make a name in any cinema you enter," reported news agency IANS. Madhavan debuted in Bollywood in 2000 in Rehnaa Hai Tere Dil Mein (RHTDM) but he was already a name to reckon with in Tamil cinema having featured in films like Alaipayuthey and Minnale (later made into RHTDM). "If you're talented and hardworking, you will get what you deserve, eventually," IANS quoted Madhavan as saying.

In Bollywood, Madhavan has also featured in film such as 3 Idiots, Rang De! Basanti, the Tanu Weds Manu series.

Madhavan will soon be seen as the host of upcoming show Mega Icons, which will narrate inspiring stories of Indian personalities from various fields. Madhavan's senior colleague Kamal Haasan also features in one of the episodes. Speaking about his Manmadhan Ambu co-star, Madhavan said: "I've grown up watching his films. I've admired his acting and him as a person ever since I've got into cinema. He is a powerhouse of knowledge, whose commitment to cinema is unbeatable. I have learnt from him that you need to be your character when you enact in front of the camera. Whenever I meet him, I feel like the same 16-year-old boy, with utmost admiration for him."

Films aside, Madhavan received critical acclaim for his role in 2018 web-series Breathe. Madhavan says digital space is a good platform for newcomers and for experienced actors. Speaking to IANS, Madhavan said: "The digital world is a great platform for young blood, who are full of talent and energy. With so much content being produced in a short span of time, it's a great platform for some newcomers to shine. Of course, there are experienced people as well working for the digital business, which also gives a chance for the newcomers to work and learn with them."

After a shoulder injury earlier this year, Madhavan opted out of Rohit Shetty's Simmba, starring Ranveer Singh in lead role. However, his next project is Telugu film Savyasachi.