Why Robert Downey Jr Deserves An Oscar For Avengers: Endgame, According To Its Directors

Despite the praise for Downey Jr's work, the actor has not received a single major-award nomination as Iron Man 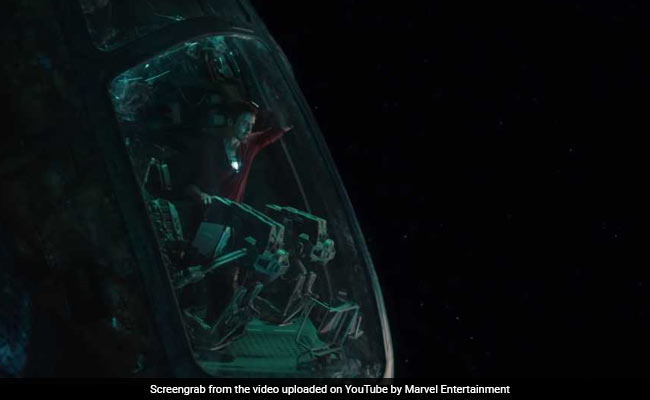 Eleven years ago, Robert Downey Jr took a risk with a head-turning dual role of sorts - as both brash civilian and costumed fighter - that helped launch him back into the Hollywood stratosphere.

That prizewinning performance was not in Iron Man but, rather, the Ben Stiller comedy Tropic Thunder, which garnered the actor the second of his two Oscar nominations.

And what of that same year's Iron Man, which would not only provide Downey with an iconic role but also kick off a $20 billion-and-counting Marvel Cinematic Universe?

Despite the praise at the time for Downey's work as both arms industrialist Tony Stark and the alter-ego title superhero in the weaponized red suit, the BAFTA-winning actor did not receive a single major-award nomination for Iron Man. That streak of critical disregard has continued across his eight MCU movies, even as fans worry that Marvel has perhaps seen the last of Downey.

Joe and Anthony Russo, the sibling directors who have worked with Downey on Captain America: Civil War, Avengers: Infinity War and the new Avengers: Endgame, say the Academy should finally recognize Downey for his Marvel Studios work - even if it means overcoming apparent bias against actors in superhero movies. (The late Heath Ledger is the only actor to ever win an Oscar for a superhero role, for 2008's The Dark Knight.)

"His cumulative body of work from these movies is staggering," said Joe Russo, while promoting the record-breaking Endgame this week in Washington. "If you look at the work over just even the last four [Marvel] films he's done, it's phenomenal. . . . He deserves an Oscar perhaps more than anyone in the last 40 years because of the way that he has motivated popular culture."

The early Iron Man movies relied heavily on Downey's quick-tongued charisma. But one benefit of Endgame running over three hours is that the directors are able to let scenes of emotional dialogue breathe between the battles. And because Downey's character is given a textured arc involving multiple generations of family, the actor reminds viewers of his seemingly effortless range.

With some of his scenes, "it's heartbreaking," Joe Russo said. "He has the world in tears right now."

A decade ago, I sat with Downey at Comic-Con International in San Diego, as he and director Jon Favreau were riding the high of "Iron Man" and making its first sequel. Downey can be a deceptively complicated performer, and you could sense he was still sculpting just what he wanted his Tony Stark to be.

"I'm really strong at coming in and saying: 'There's something behind that wall [creatively], so let's knock it down and be bold there . . .' " Downey said. "I know it sounds weird, but I have equations in my head, and those equations apply to where people should be and [what] the frequency of the interactions should be - and the words and the dialogue and the props come in later."

"He has a very involved process - a more involved process than any actor we've ever worked with," Anthony Russo said Tuesday. "He digs deeper, and he works harder than anybody. . . . Downey really just goes the extra mile for everything - it's like everything he's doing is something to his core."

The actor is so kinetic in his on-set approach, in fact, that it can be a challenge for the directors. "He's one of the hardest actors to stage a scene for," Anthony Russo said, "because he loves to move so much."

Although 17 Oscar-winning actors have appeared in the Marvel Cinematic Universe, none has won for their Marvel work. Beyond them, a wealth of Oscar nominees have also worked for Marvel Studios and received no recognition.

Joe Russo noted that a larger issue here could be how the Academy has come to view popular entertainment, compared with Hollywood's past.

"I go back and look at past Oscar winners like Ben-Hur, West Side Story, Lawrence of Arabia, My Fair Lady, The Sound of Music, The Godfather, Godfather 2, The Sting, Rocky - we're talking about some of the most popular films ever made," he said.

"It feels like there's now a prejudice against popular cinema," the filmmaker continued. "In a way, that's somewhat sad." (That trend could be changing, if only somewhat: This year, Black Panther earned six Oscar nominations, including for best picture, and won three trophies.)

Besides Downey's twin nominations, other Avenger-playing actors have seen a stark difference when stepping into a superhero franchise. Mark Ruffalo has been nominated for three Oscars in the past decade, but none for his run as the Hulk. Scarlett Johansson has been nominated for four Golden Globes since 2003's Lost in Translation - but none since taking on the role of the Black Widow, beginning with 2010's Iron Man 2.

At that Comic-Con in 2009, Johansson told me that she loved joining this "weird magical universe" and that she "was convinced I was the right person for the job."

Today, the Russos revel at how Johansson has continued to deepen her role as Black Widow, the once-villainous Russia-trained assassin.

"She's incredibly nuanced, and I think what's interesting about that character is [what's] morally gray," said Joe Russo, praising Johansson's ability to play a hero who engenders trust from her fellow Avengers, even when they are bitterly divided, and who deftly conveys "a journey from individualism to community."

The Russos also praise the layered comedic performance of Chris Hemsworth as a traumatized, self-loathing Thor.

"Very few folks as good-looking as Hemsworth" can do that, said Joe Russo, "because it's hard when you're really good-looking to play vulnerable. He can merge comedy and pathos."

But as some of these actors face uncertain futures in the Marvel Cinematic Universe, will the major acting award bodies finally take notice?