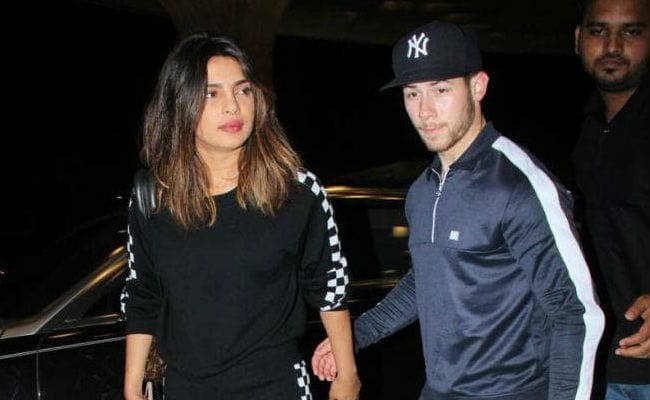 The Internet can't stop talking about Priyanka Chopra and her impending wedding with Nick Jonas and at a recent event in New York, the Mary Kom actress revealed more details about her bond with the 26-year-old singer and explained why she decided to open up about her relationship only after she had a 'ring on her finger.' "This is the first time I was comfortable with being with someone who is such an incredible partner, so it just felt natural... And plus there was a ring on it! I always said that when there's a ring on it I'll talk about it because you're single until you're married," Priyanka Chopra told People Magazine on the side-lines of the Bumble India launch in NYC. Priyanka, 36, also added: "I've never been public about my relationships... because women (especially in the entertainment industry) have such public lives, we always end up being reduced to a plus one or 'blahblahblah's' girlfriend."

"I wanted to give myself enough time where I'm able to stand on my own two feet and have my identity as well," said Priyanka, who is best known in the West for her television show Quantico, in which she played the lead role for three years. She has also starred in Hollywood films like Baywatch, A Kid Like Jake and isn't It Romantic?. She is currently filming Shonali Bose's The Sky Is Pink.

The Chopra Jonas wedding celebrations started over the weekend with a bridal shower for Priyanka, hosted by her colleagues and which was attended by her friends including Bollywood actress Sonali Bendre and Oscar-winning actress Lupita Nyong'o and her family members. Priyanka and Nick are reportedly getting married in December in India.