Why John Abraham's Parmanu Is Not Releasing In December 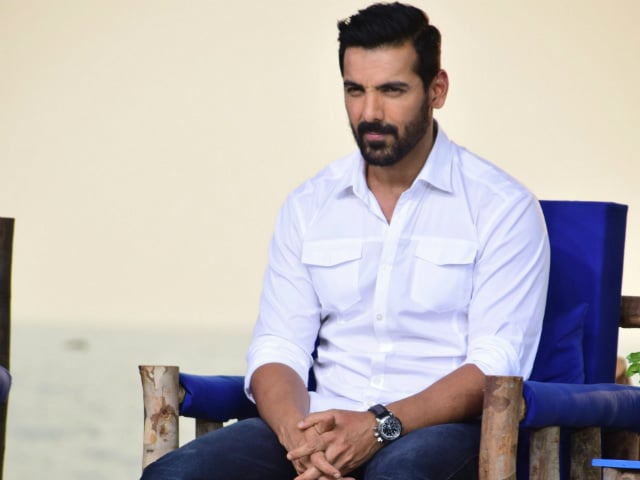 New Delhi: John Abraham's Parmanu - The Story of Pokhran has been shifted to a later date (not announced yet) because an "important" movie such as this one, must explore maximum number of screens, said Prerna Arora, the co-producer of the movie. Prerna was present at NDTV Dettol Banega Swachh India Cleanathon, on the sidelines of which she told news agency IANS: "Our film is big and important and is made with lot of heart. It's the important film for the country as well so we wanted to showcase it in right way and we wanted to have availability of sufficient screens around us. We wanted everything to happen correctly so that's the reason we thought not to come on December 8."

In doing so, John Abraham has avoided clash with Sanjay Leela Bhansali's ambitious period piece Padmavati in December but locked dates with Rani Mukerji's Hitchki. Directed by Abhishek Sharma, Parmanu - The Story of Pokhran "is a very, very important film for India," said John, who was speaking at the Swachh India Cleanathon. "I'm not saying it to plug a particular film but I'm saying it because it's a film India must see today," he added.

Parmanu - The Story of Pokhran will reportedly hit screens on February 23, which is also when Rani Mukerji is making her comeback on screen. Earlier, in an interview with mid-day, Prerna had revealed that February end was zeroed in to avoid collision with Anushka Sharma's Pari (releasing on February 9), Akshay Kumar's Padman (April 13) and Aishwarya Rai Bachchan's Fanney Khan.

Promoted
Listen to the latest songs, only on JioSaavn.com
The storyline of Parmanu is based on the nuclear tests conducted at the Indian army's Pokhran Test Range in May 1998. It was India's second nuclear test after the first one in 1974. Talking about the subject of Parmanu, John added: "Nuclear power is never always used for negative purposes and that's what we have shown in our film. There was a no first use policy and it's quite and intriguing subject and interesting film, and we are very proud to be a part of it."

John Abraham co-stars with Diana Penty and Boman Irani in Parmanu - The Story of Pokhran.