"Parmanu is small compared to Padmavati. It's not wise to pit our film against Bhansali's," said the producer 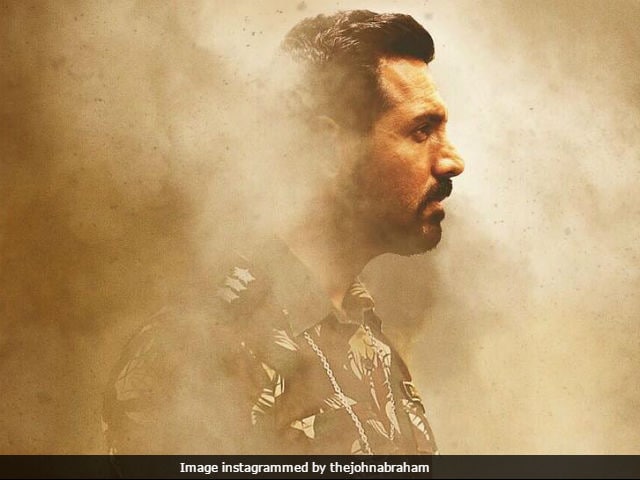 John Abraham on the poster of Parmanu - The Story of Pokhran (Image courtesy: thejohnabraham )

New Delhi: The release date of actor John Abraham's forthcoming film Parmanu - The Story of Pokhran has reportedly been postponed to avoid clash with Sanjay Leela Bhansali's much-talked movie Padmavati, starring Shahid Kapoor, Deepika Padukone and Ranveer Singh. Prernaa Arora, co-producer of the film, told mid-day that they have decided to release the film in February next year. "Parmanu is small compared to Padmavati. It's not wise to pit our film against Bhansali's. We've locked on the February 23 date since Anushka Sharma's Pari will release earlier that month, and Akshay Kumar's Padman is also eyeing an April date," mid-day quoted Prernaa Arora as saying.

"Also, we don't want to interfere with Fanney Khan [starring Anil Kapoor and Aishwarya Rai Bachchan] or Tarun Mansukhani's Drive, which releases in the following months," she added.

John Abraham's Parmanu - The Story of Pokhran will now clash at the box office with Rani Mukerji's Hichki, which marks her comeback to the big screen after a gap of three years. The 39-year-old actress last featured in 2014 movie Mardaani.

When asked if Parmanu - The Story of Pokhran's clash with Aditya Chopra's Hichki bothers the makers of the film, producer Prernaa Arora told mid-day, "I am good with it [clash] because the films are different. Also, sometimes, two good films can come together. We have no other option right now."

She added that a January date would limit certain viewers as "it's chilly in North India" during that month.

Promoted
Listen to the latest songs, only on JioSaavn.com
Parmanu - The Story of Pokhran, which was earlier scheduled to hit the theatres on December 8, is based on the nuclear tests conducted at the Indian army's Pokhran Test Range in May 1998. It was India's second nuclear test after the first one was conducted in 1974.