Why Aishwarya Rai Bachchan Turned Down Film On Surrogacy 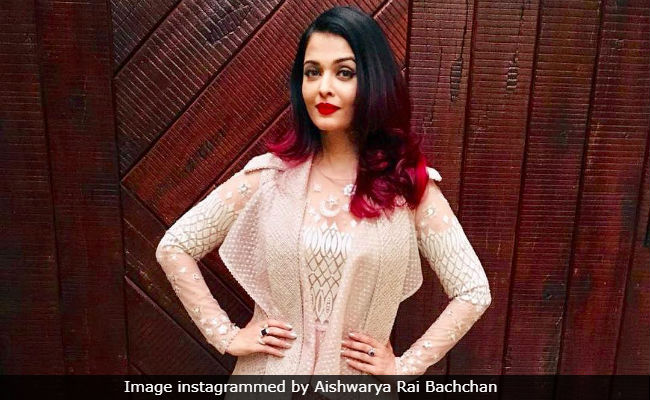 Aishwarya Rai Bachchan was the top choice for writers Siddharth and Garima to star in their film based on the subject of surrogacy, however as per a DNA report, the Jazbaa actress has turned down the film. Aishwarya reportedly liked the film's concept but had doubts about the script and had asked the writers to fix some loopholes. "Although Siddharth and Garima's basic idea was strong, there were many problems with the story, which the actress had reportedly pointed out to the writer duo. After the corrections, they approached her with a fresh script, but Ash still felt she couldn't relate to it. So, she politely informed the team that she won't be able to do the film anymore," a source told DNA.

The film, tentatively titled Jasmine, was to be produced by Shree Narayan Singh (director of Toilet: Ek Prem Katha and Batti Gul Meter Chalu) but the filmmaker has also backed out of it. He told DNA: "The film should have gone on floors by now. But Siddharth and Garima, too, had other commitments to complete. So, I will not be able to tell you when it will start. It's currently on hold."

Aishwarya Rai Bachchan was last seen in Fanney Khan, co-starring Anil Kapoor and Rajkummar Rao. Aishwarya's next film is Gulab Jamun, in which she will be seen opposite Abhishek Bachchan.

Aishwarya Rai Bachchan has also reportedly signed up for the remake of Woh Kaun Thi?, which featured Sadhana Shivdasani and Manoj Kumar in lead roles.