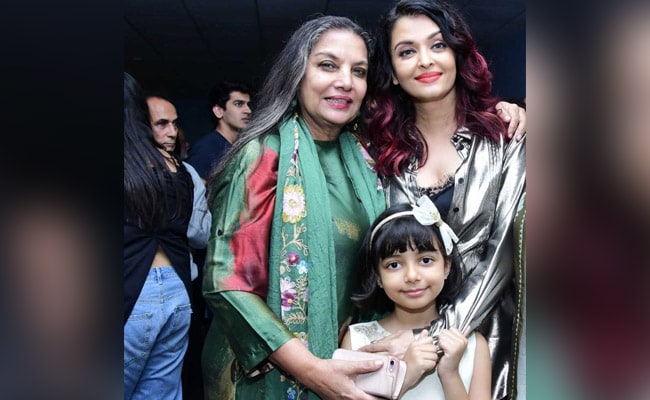 Guess who came to watch Aishwarya Rai Bachchan's Fanney Khan? The answer is Aaradhya, Aishwarya and Abhishek Bachchan's six-year-old daughter. A special screening of Fanney Khan, also starring Anil Kapoor and Rajkummar Rao, was held in Mumbai on Thursday night, a day before its release. Madhuri Dixit, Boney Kapoor, Shabana Azmi, Gulshan Grover and several other celebs came to watch the Atul Manjrekar-directed film. However, little Aaradhya surely made the spotlight follow her. She accompanied her mother in welcoming the guests at the event. She looked cute as a button in a white frock. Aishwarya's mother Vrinda Rai was also there. 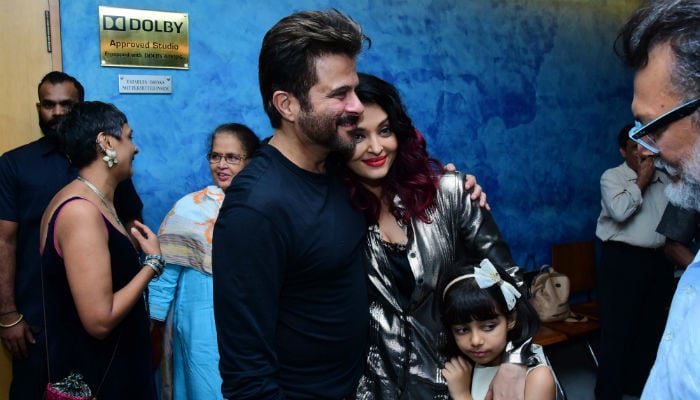 Anil Kapoor, Aishwarya Rai Bachchan and Aaradhya at the screening of Fanney Khan 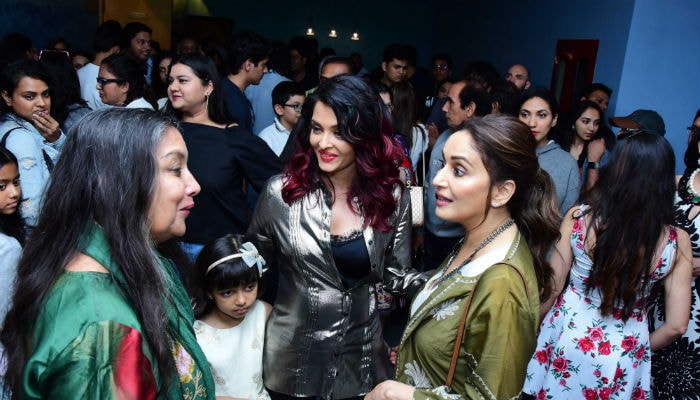 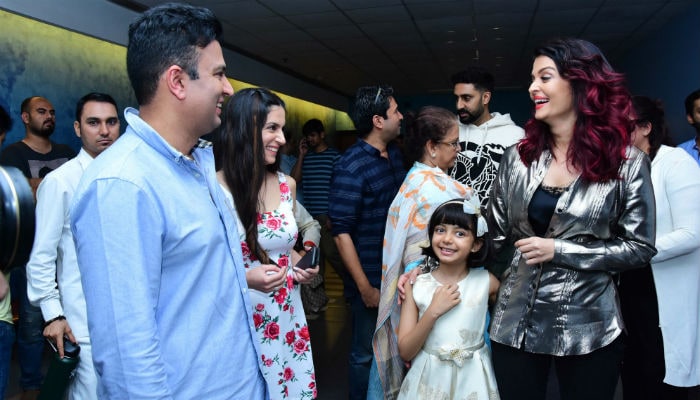 Bhushan Kumar and Divya Khosla Kumar with the mother-daughter duo

Anil Kapoor and Abhishek Bachchan at the screening

Abhishek Bachchan quickly reviewed Fanney Khanand had all nice things to say about the film and, of course, praised his wife's performance as well. "Just saw Fanney Khan. What a beautiful film. A great message and worthy film. Congratulations to the entire team. Leaves a huge emotional lump in your throat. Anil Kapoor, Rajkumar Rao, Pihu Sand, Divya Dutta are all so, so good. And the Mrs continues to be my favourite! Best wishes," read Abhishek's tweet.

Just saw #FanneyKhan. What a beautiful film. A great message and worthy film. Congratulations to the entire team. Leaves a huge emotional lump in your throat. @AnilKapoor, Rajkumar, Pihu, @divyadutta25 are all so, so good. And the Mrs. continues to be my favourite! Best wishes.

Fanney Khan explores the the bond between a father and daughter. Anil Kapoor plays a taxi driver, who wants his daughter Lata (Pihu Sand), to fulfil her dreams of becoming a famous singer. Aishwarya Rai Bachchan plays the role of rockstar Baby Singh in the film.

In an interview to IANS, the 44-year-old actress said that Fanney Khan comes with an important message on life. "This film gives the message that you should believe in yourself. Believe in all that you have within yourself because the magic is within you. Believe in a blessed life as life is beautiful, and therefore, experience it and smile with all that you have to give it to live," IANS quoted the actress as saying.

Aishwarya Rai Bachchan was last seen in 2016's Ae Dil Hai Mushkil, which also featured Ranbir Kapoor and Anushka Sharma. She has also signed a film with Abhishek Bachchan - Gulab Jamun - which will reunite the actors after eight years.